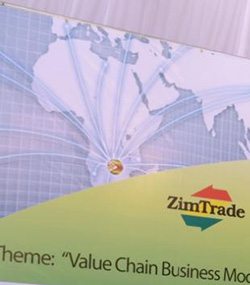 THE country’s exports are this year seen recovering by a marginal three percent, after declining by nearly 13 percent in 2013.
However, output of primary commodities is likely to remain weak with the manufacturing sector underperforming, according to a report by the country’s trade agency.
Exports generated $3, 1 billion against imports of $6,4 billion last year and the report, jointly compiled by Zimtrade and leading think tank Zimbabwe Economic Policy Analysis Research Unit (Zeparu) shows recovery would be led by agriculture and mining despite poor prices.
“The outlook for export performance is related to the overall economic outlook for the country,” reads the Zimtrade Trade Performance Report for 2014 and outlook for 2015.
“The economy is projected to grow by 3.2 percent in 2015, that is, 0.1 percent uplift on the 2014 growth picture.
“Since agriculture (21 percent) and mining (52 percent) dominate exports, the outlook in these sectors would also determine national exports outlook.”
Last year, exports were mainly driven by tobacco (excluding cigarettes), which constituted about 26.4 percent of total exports. Unwrought and semi-processed gold (17.4 percent) and diamonds (7.6 percent) were also significant components of the export basket.
Other minerals which were exported as ore and concentrates — nickel, copper, lead, zinc, tin, chromium, tungsten, antimony among others — constituted about 11.9 percent of the foreign sales.
“Exports in 2015 are also expected to follow the same trend, where only a marginal increase is expected.
“Unless there are significant changes in the composition of exports and significant recovery on the manufacturing sector, exports would be expected to grow by less than three percent in 2015,” reads the report.
Of the imports, fuel and lubricants constituted 23.2 percent, vehicles and accessories 8.1 percent while fertiliser and maize imports constituted 4.2 percent and 2.1 percent.Advertisement