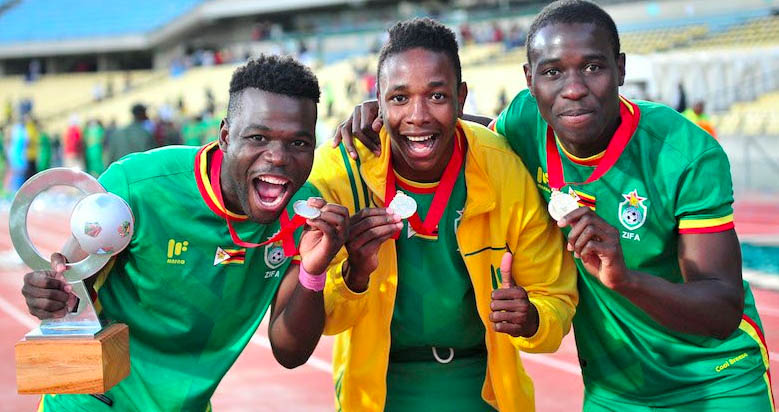 ZIMBABWE is facing either a hefty fine or a complete ban after Council of Southern Africa Football Associations (COSAFA) summoned Zifa to attend a disciplinary hearing on April 4 for breaching a hosting agreement for 2019 edition of the COSAFA Senior Tournament.

The country pulled out of hosting the tournament scheduled for May 19 to June 1 in February after the regional body had granted them the rights but the government refused to approve the hosting of the regional tournament.

In a statement on Sunday, COSAFA secretary-general Sue Destombes said ZIFA had breached the hosting agreement between the two parties and had been summoned to appear before a disciplinary hearing.

“The venue for the 2019 edition of the Cosafa Senior Tournament, scheduled from May 25th to June 8th 2019 remains undecided. Zimbabwe Football Association is now in breach of their Hosting Agreement, signed by ZIFA late in January 2019, and returned to COSAFA,” Destombes said.

“Following a Board meeting convened on March 9 in Zimbabwe, ZIFA reconfirmed their commitment to host the tournament in Zimbabwe, irrespective of whether they received Government funding and guarantees.

“ZIFA management committed to presenting to COSAFA written confirmation of this decision no later than March 25.

“Unfortunately they failed to deliver on the nominated deadline which has left COSAFA with no recourse other than to enforce their Disciplinary procedures, which calls for ZIFA to attend a Disciplinary Hearing scheduled for April 4 in Johannesburg.

“The hearing will be handled by COSAFA’s independent judicial body, and the outcome and action will be handed down within 48 hours of the hearing.”

COSAFA added: “COSAFA is particularly disturbed by the management of the process by ZIFA as 2019 is a critically pivotal year for football in the Sub Saharan region. For the 1st time in 21 years 5 COSAFA member countries have qualified to participate in the continental showpiece, including Zimbabwe’s celebrated Warriors. The COSAFA Senior Tournament has consistently proved to be a vibrant platform of opportunity for all competing countries, and in 2019 has become a key factor in pre-AFCON preparation for the successful qualifiers, with Coaches and team Management planning to use the COSAFA tournament to fine tune their training prior to the AFCON June 21st kickoff. COSAFA remain hopeful that ZIFA will remedy the current situation prior to the DC hearing on 4th April.”

“We want to make sure that when we do host an event of this magnitude that we are fully prepared, we have good timing. We just don’t feel that was given to us this time around.

“So, moving forward, we will continue to work closely with ZIFA in terms of what the next steps are and what the future holds in terms of hosting the event,” said Coventry.

The Warriors could be suspended from the tournament should the COSAFA Disciplinary Committee come down hard on Zimbabwe for their late withdrawal.