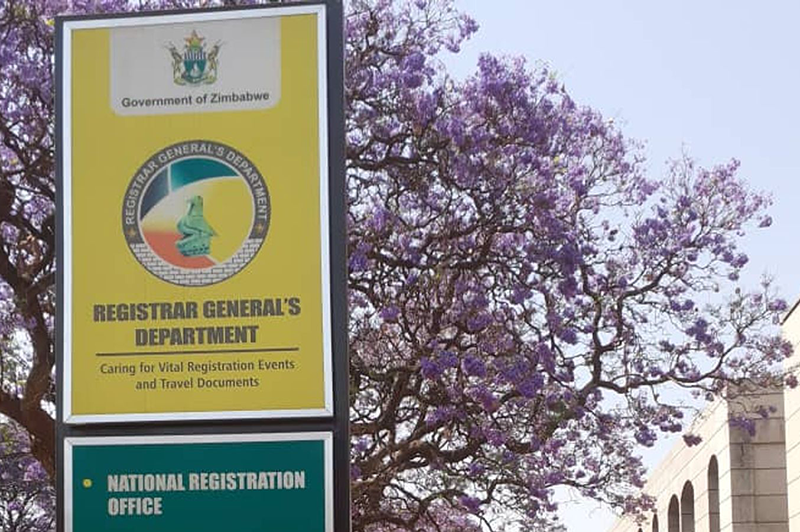 CITIZENS wishing to obtain birth certificates and national identity cards (IDs) have endured two months of travelling back and forth to the Registrar General’s (RG) offices nationwide, only to be informed that Information Technology Systems at the centre are down.

A visit by NewZimbabwe.com crew to the RG’s offices at Makombe and Market Square offices revealed a very unusual situation after being greeted by empty benches and waiting rooms, which for a moment could be mistaken for efficiency of having cleared all document seekers on time.

“The offices are not as busy. They have not been processing documents for quite some time now because their IT system is down,” a vendor who operates at Makombe offices said.

Disguising as a guardian wishing to collect a birth certificate for a minor and claiming that other documents had since been submitted back in September, an unidentified staffer at the RG’s offices confirmed to this journalist that documents were not ready for collection.

“Since the month of September we have not processed any documents and we cannot assist you in any way until the system is up.

“We have not been told when it will be up, but all I can tell you is that even if I retrieve the application documents you submitted and hand them back. You will not be able to get any assistance since this is being experienced nationwide,” he said.

Efforts to get a comment from the Registrar General, Henry Machiri were fruitless as his mobile phone was unreachable.

Questions forwarded to him on WhatsApp had not been responded to by the time of publishing.

However, if left unattended soon, the situation is likely to infringe citizens’ rights to documentations and create unsustainable backlogs and risks a situation where records will get mixed up. Some may also be disenfranchised by failing to register to vote in next year’s elections.