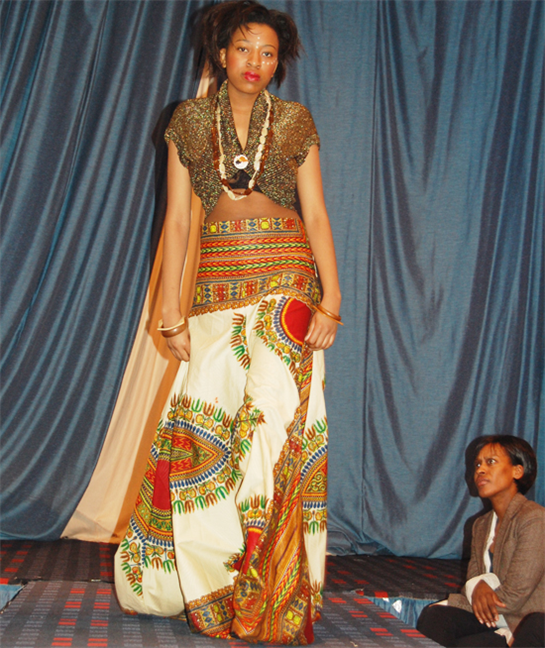 THE phenomenally successful Zimbabwe Fashion Week (ZFW) is spreading its wings to international capitals and will this year launch its London edition, according to the organisation’s founder and director, Priscilla Chigariro-Gessen.
The Zimbabwe-born former model-turned-entrepreneur says rising demand for similar networking events from the Zimbabwean diaspora community across the world had led to the expansion of the project.
“Zimbabwe Fashion Week 2014 was a stupendous success and the buzz from our series of events so far is being felt by the fashion world beyond our borders. And so we feel that now’s the right time to launch our global brand – Zimbabwe Fashion International, which will premiere in London later this year,” Chigariro-Gessen said.
A Zimbabwe Fashion International team has now been set up in London and designers and sponsors interested in showcasing their work at the London premiere can register their interest by emailing production@zimfashionweek.com. The event will be held at the height of the UK summer season, a few weeks ahead of the main event in Harare.
Following its launch in October 2009 in South Africa’s commercial capital, Johannesburg, ZFW has been running successfully in Harare for the past five years and has in that time won the support and acclaim of esteemed figures in the fashion industry.
“As Zimbabwe’s premier fashion event, Zimbabwe Fashion Week’s main purpose is to create a platform for the country’s designers to showcase their creations. And by celebrating our nation’s sartorial creativity in this way, we also aim to help revive the country’s once thriving textile and fashion industry,” Chigariro-Gessen added.
The popular event is held at the end of August/early September each year and attracts an assortment of fashion enthusiasts, designers, models, buyers, corporate investors, entertainers, exhibitors and fashion-forward creativities from all over the world.
Last year’s edition drew about 40 designers, including seven international brands. Game of Thrones star Yuri Kolokolnikov added a touch of international celebrity by gracing the fashion event for the entire week.

ZFW has also launched a video series of highlights of last year’s event in response to demand from fans who missed out on the show. The clips can be viewed on the organisation’s YouTube channel https://www.youtube.com/channel/UCARr5hkDN2K0qWKYnL8IX4Q and also on its Facebook page: https://www.facebook.com/pages/Zimbabwe-Fashion-Week/196135521072?fref=nf.Advertisement

Chigariro-Gessen is buoyant about Zimbabwe Fashion Week’s international expansion and sees the brand continue to grow on the strength of “the unwavering support of Zimbabwean corporate investors, media, personalities and the Zimbabwean people.”
“We have become the go-to fashion event on Zimbabwe’s cultural calendar, and this is down to the work we’ve put in over the past five years to grow this event. Our mission is to make the Zimbabwe Fashion Week brand synonymous with the people’s appetite for fashion, style and creativity,” she said.
Over six thousand patrons have attended ZFW events in the past five years and with the London premiere scheduled for this year, the event’s popularity is set to soar as it benefits from wider exposure. The UK boasts the largest concentration of Zimbabweans in the western diaspora and continues to support a thriving set of popular cultural events.
“When Zimbabwe Fashion International launches in London this year, it will provide a much-needed platform for the many exciting upcoming fashion creatives working in the UK to showcase their creations. I feel that we’ve generated the momentum and credibility with Zimbabwe Fashion Week to sustain this international expansion, and we’re taking our strong brand credentials to London and elsewhere with full confidence that we will be successful,” Chigariro-Gessen added.