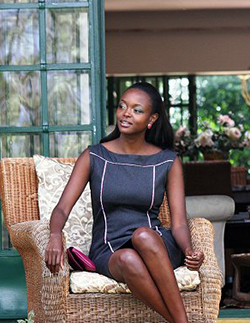 THE Zimbabwe Fashion Week (ZFW) has been hit with fresh controversy after a South African company contracted to produce the fashion extravaganza suddenly quit, citing contractual disagreements with ZFW founder.
ZFW was founded by Priscilla Chigariro-Gessen in 2009 and is touted as the country’s premier fashion event. Its main purpose is to provide a platform for Zimbabwean designers to showcase as well as to help rekindle what was once a thriving textile and fashion industry.
Held at the end of August each year, the showcase attracts an assortment fashion enthusiasts, designers, models, buyers, corporate entertainers, exhibitors and fashion forward creatives from all over the world.
This year’s theme is “Fashion Redefined”.
After producing last year’s event, Group of Creatives, headed by Jennifer Deiner, the head producer and Simon Deiner, a leading South African fashion photographer, have acrimoniously parted ways with ZFW.
Group of Creatives produces a number of fashion weeks among them the Mercedes Benz franchise of fashion weeks – Africa, Johannesburg and Cape Town as well as the most recent Durban, Fashion by the Sea.
In a letter sent to designers and seen by NewZimbabwe.com, the Deiners’ said they could no longer work with Chigariro-Gessen.
“As I have had a number of designers over the past few weeks contact me regarding this year’s Zimbabwe Fashion Week, I thought it would be fair to let you all know that myself and Group of Creatives, as well as Simon and his SDR Photo team will no longer be involved with the Zimbabwe Fashion Week platform.
“As much as we’d love to continue producing ZFW, and are passionate to also keep raising the standard of the event, unfortunately we cannot continue to work with the event owner, and founder, Priscilla Chigariro-Gessen,” wrote Jennifer Deiner.
Deiner accused Chigariro-Gessen of not paying suppliers.
“We value integrity and transparency, and GRP/cr8/ is known for industry leading fashion weeks on every platform we work with,” she said.
“However, ethically we cannot work with an organiser that does not pay suppliers, and have to negotiate with people (one an elderly woman who was threatened) on behalf of an event organiser when there is no intention of honouring agreements from ZFW side.   Advertisement

“Previous producers of ZFW, Adhiambo Mula Lauwers, have confirmed this was exactly the same for their tenure as producers, with thousands of dollars still owed, the same as we are.
“We cannot support an organisation that has so little regard for suppliers and supporters.”
In another email, Jennifer Deiner threatened to institute legal proceedings against Chigariro-Gessen.
“This may be expensive, but slander and the monies owed to ourselves, as well as over half a dozen other suppliers mean that together we are able to challenge someone who has gotten away with this scandal too long,” she wrote.
Efforts to get a comment from Chigariro-Gessen were fruitless as she was said to be unavailable and only expected back on May 11.