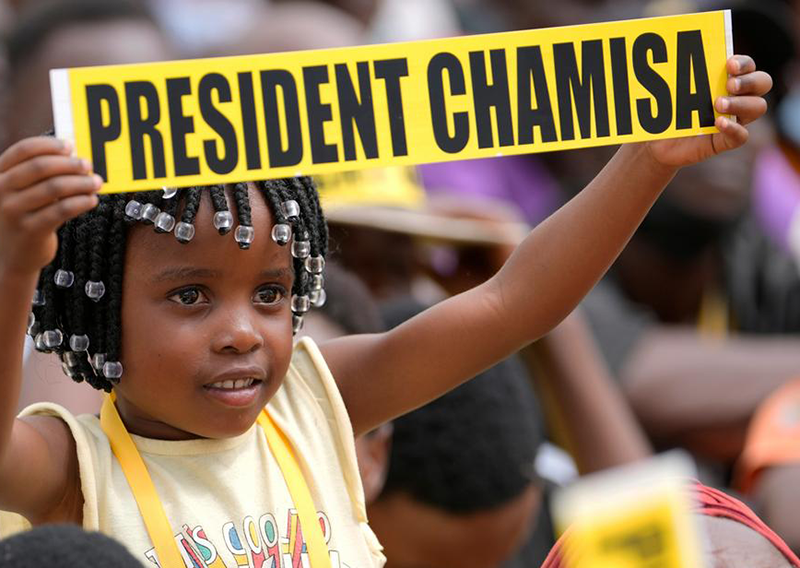 By Columbus Mahvunga for Deutsche Welle

Zimbabwe’s main political parties have started preparing for the country’s general elections in 2023 as they hold rallies and campaign activities in cities and towns to whip up their bases.

The Zimbabwe Electoral Commission has yet to announce the exact date for the vote, but it has revealed that it would be held in either July or August. The 2018 election took place on July 31.

The main political parties for the 2023 elections remain the Zanu-PF, which has been in power since independence in 1980, and the opposition Citizens Coalition For Change (CCC), formed early this year and led by the veteran politician Nelson Chamisa.

In the 2018 presidential election, President Emmerson Mnangagwa won 50.8% of the votes. Chamisa, who was running on the ticket of the Movement for Democratic Change (MDC) alliance, won 44.3%.

Fadzayi Mahere, the spokeswoman for the CCC, told DW that she was hopeful that Chamisa would make significant gains this time.

“The citizens of Zimbabwe have unequivocally placed their faith in the Triple C, our citizens movement. And, against all odds, we demonstrated that we are a competent, credible alternative to Zanu-PF dictatorship, violence and corruption,” Mahere said.

“For progressive Zimbabweans who want transformation, opportunities and prosperity, we demonstrated that we are the only game in town,” Mahere added.

Gibson Nyikadzino, a pro-Zanu-PF political pundit, told DW that he doesn’t believe the opposition would pose any threat or offer an alternative.

“They know there is no chance because of lack of structural and institutional organization, which are key elements in ensuring there is political mobilization and the quest to win an election,” Nyikadzino said.

Calling for a free and fair election

Should the election be held fairly, Mahere said, the Zanu-PF would stand no chance of remaining in power.

“Zanu-PF can never win a free and fair election in Zimbabwe. So, we remain focused on the fight to win Zimbabwe for change,” she said.

Zimbabwe has been plagued by instability for over two decades now. In addition, hyperinflation has impoverished the once-thriving country.

The government is engaging with the World Bank and International Monetary Fund on how to clear its debts with international financial institutions. Zimbabwe has more than $10 billion (€9.3 billion) in external debt.

On the streets of the capital, Harare, Zimbabweans say they seek a government that would help alleviate their daily struggles. They are betting that next year’s polls will usher in economic growth.

“We do not have stability in the economy, we do not have electricity, clean water, and it’s becoming unaffordable for me to stay in the city. So it is those issues that I will consider. I have not had savings,” Nyarai Chibwe, a Harare resident, told DW.

But the political analyst Alexandar Rusero, of Zimbabwe’s Africa University, told DW that the outcome of the 2023 election wouldn’t be significantly different from previous polls.

“In Africa in general and Zimbabwe in particular, we have not reached a stage where an election really matters in terms of changing the livelihoods, seeking an alternative that will fulfill their aspirations,” Rusero said.

He said the election would still be “much about the retention of Zanu-PF’s power, consolidation of Mnangagwa’s power, more than it is a grant election.

“This is simply an election which is meant to legitimize Mnangagwa’s dominance, continued rule of Zimbabwe,” Rusero said.

It is still too early to tell how the ongoing campaigns will turn out and how peaceful they could be heading into the elections.