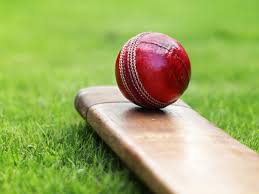 THE International Cricket Council has announced Zimbabwe as the venue for the rescheduled qualifiers for the 2023 men’s World Cup.

Zimbabwe’s confirmation as hosts of the qualifying tournament comes after the country successfully hosted the qualifiers for 2018 global showpiece.

The 10-team global qualifier event will be held from June 18 to July 9, 2023 just a few three months before the World Cup finals in October.

Zimbabwe will be hoping for better fortunes in the qualifiers after missing out on the previous edition of the World Cup following a heartbreaking loss to minnows United Arab Emirates (UAE).

“When we rescheduled the ICC Men’s Cricket World Cup 2023 to October and November 2023 it enabled us to extend the window for qualification events to take place and thereby ensure we maximise the opportunity for qualification to be decided on the field of play,” Chris Tetley, ICC head of events, said in a statement.

“We have worked very closely with Members and stakeholders to reschedule 96 ODIs and 60 List-A matches and will continue to maintain the safety of participants in our events as our highest priority.”

Cricket World Cup Challenge League A will be played in August next year, with Canada hosting Denmark, Malaysia, Qatar, Singapore and Vanuatu, across a total of 15 matches. The Challenge A final has been scheduled for September 2022.

The CWC Challenge League B will be held in Jersey in September 2021, with Bermuda, Hong Kong, Italy, Kenya and Uganda competing in 15 matches, with the final event to be played in February 2022

These two leagues will run alongside the World Cricket Super League.

Explaining the qualification process, the ICC said in a statement on Wednesday: “After the 21 tri-series in League 2 have been completed, the top three teams will confirm their place in the ICC Men’s Cricket World Cup Qualifier 2023. The bottom four teams will drop into the Men’s Cricket World Cup Qualifier play-off 2023 – which is an event to the global qualifier – and will be joined by the winner of Challenge League A and B.

“The top two teams from the play-off – which has also been rescheduled to 2023 – will keep their hopes alive of participating in India 2023, by qualifying for the Cricket World Cup Qualifier 2023.”