Despite expectations, the government must avoid the perils of quick fixes, and pursue a long-term path to recovery, writes Julians Amboko

As throngs poured into the streets of Harare in seeming euphoria following the November 2017 military takeover of power from Robert Mugabe, there was little, if any, consensus as to whether the unfolding events constituted a coup or not. The prospect of a general election in 2018 offers hope that the residual sky-high optimism could finally find vent in a legitimate ballot process. However, concern abounds that this could well make for a poisoned chalice for a country attempting to haul itself from over a decade of economic disrepair. This is because Zimbabwe’s recovery demands a number of unpopular decisions that could prove costly for a political faction seeking election. Some of these issues include:

With a debt overhang, Zimbabwe was excluded from access to balance of payment support from the Africa Development Bank, International Monetary Fund and World Bank. The country needs to ramp up tax collection to meet fiscal demands. Available data suggests that the economy has reassuringly maintained a path to fiscal mend for the better part of the last decade, with a discernible slowdown in the growth of tax revenue between 2014 and 2016.

However, expenditure overrun (i.e. actual exceeding planned expenditure) remains a pressure point, having stood at $ 902.2 million in 2016. With employment costs accounting for 65 per cent of aggregate expenditure, the new government is set for the litmus test of adopting unpopular policy adjustments that could see it slash its wage bill in the coming months. 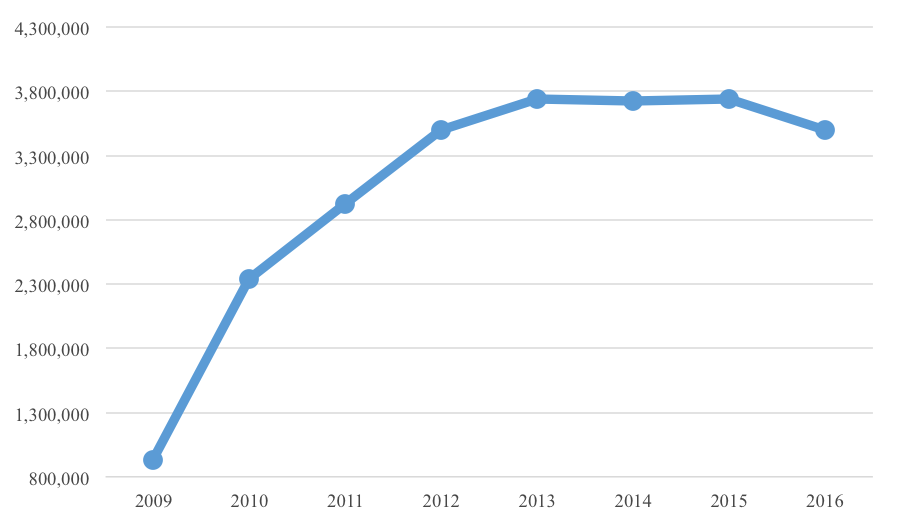 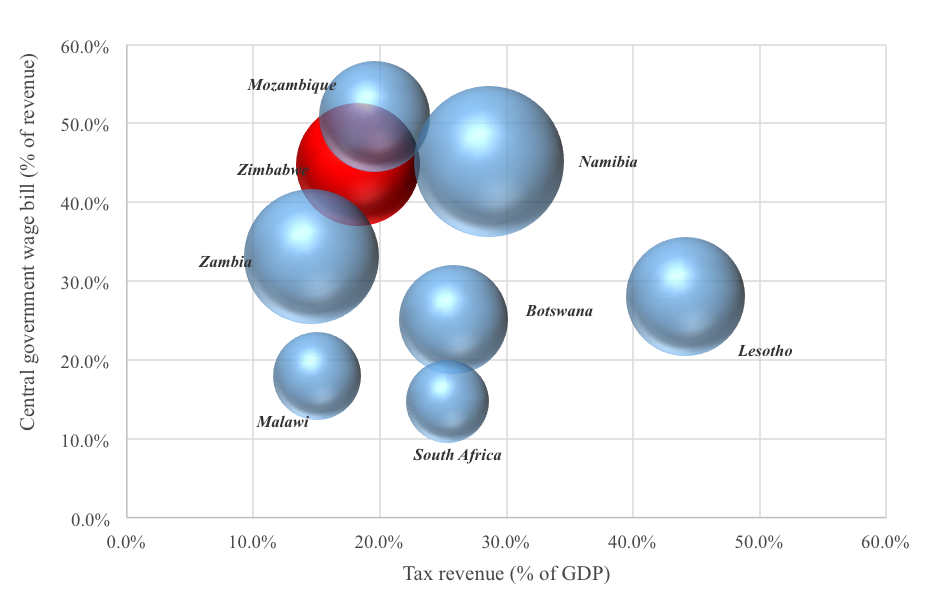 In May 2016, the Reserve Bank of Zimbabwe rolled out an Export Bonus Scheme through which it would award exporters up to 5 per cent of realised receipts. The scheme, backed by a $ 200 million facility from the Africa Export Import Bank, would see the awards remitted to exporters in Zimbabwean bond notes (with the country having adopted a multi-currency regime in 2009).

In essence, the move was aimed at addressing two mutually reinforcing hurdles.

On one hand, the economy is caught in the stranglehold of dollar scarcity in a dollarised environment, the net effect of which has been disequilibrium in demand and supply for hard currency. The greenback exchange rate reached a premium as high as 25 per cent (Reserve Bank of Zimbabwe, August 2017) in the informal exchange market.

On the other hand, the Export Bonus Scheme bespeaks the urgent need for Zimbabwe to boost exports. Failure to do so will ensure a widening current account deficit, which could potentially amplify already tightened foreign currency liquidity conditions. Between inception and December 2017, $ 290.2 million worth of bond notes were disbursed through the Export Bonus Scheme.

In this regard, one misstep that should be avoided is a possible rush to de-dollarise the economy through the bond notes programme. Sustainable de-dollarisation should be anchored on improvement in the macroeconomic environment, through measures such as the aforementioned fiscal consolidation, to bolster confidence and attract investment.

From a policy standpoint, there is growing evidence of efforts to boost investment. The Incentive for Diaspora Investment Accounts, for instance, seeks to harness the potential of remittances through a 7 per cent incentive in addition to the interest extended by banks. The more daunting question is whether Zimbabwe can take advantage of its position in the Southern African Development Community (SADC) to potentially enhance revenue inflows. With SADC consuming 68.5 per cent of Zimbabwe’s exports, it is an opportune moment to pivot the trade integration lever. Addressing both tariff and non-tariff barriers such as border delays could potentially extend the reach of traders into wider destination markets within the region. This will be particularly important given Zimbabwe’s low performance in trade integration as shown in the illustration below. 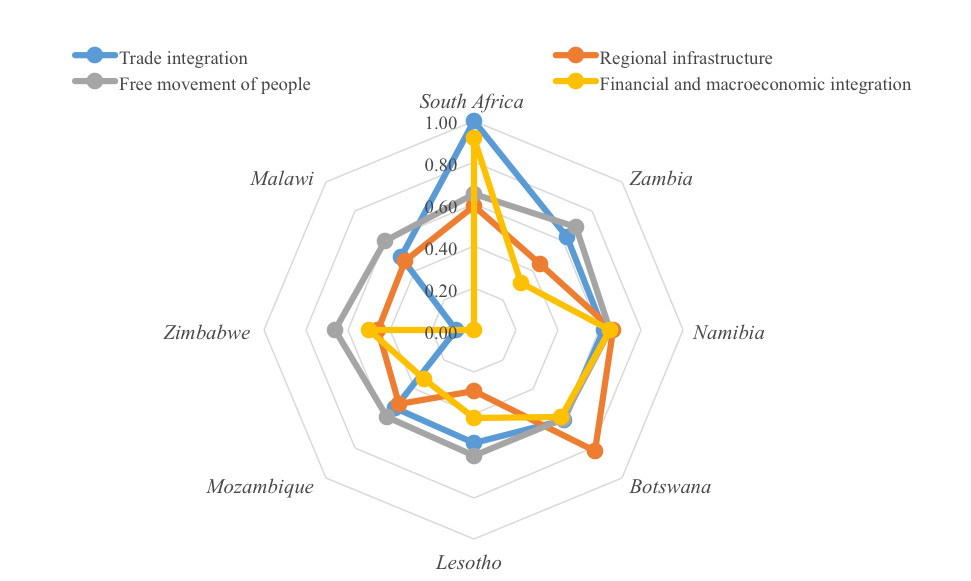 Coming against the backdrop of the Statutory Instrument 64 (2016) which barred importation of select goods from South Africa, the onus will be on Zimbabwe to demonstrate commitment to a U-turn from the trade protectionism that undermined its integration in the region. Given the relatively underdeveloped state of the country’s manufacturing sector, it is unlikely that the new administration will front-load such a policy stance at the risk of a backlash from domestic industry. In the medium to long-term, however, deeper trade ties with the region will be one of the pillars through which the economy will fend off balance of trade pressures. 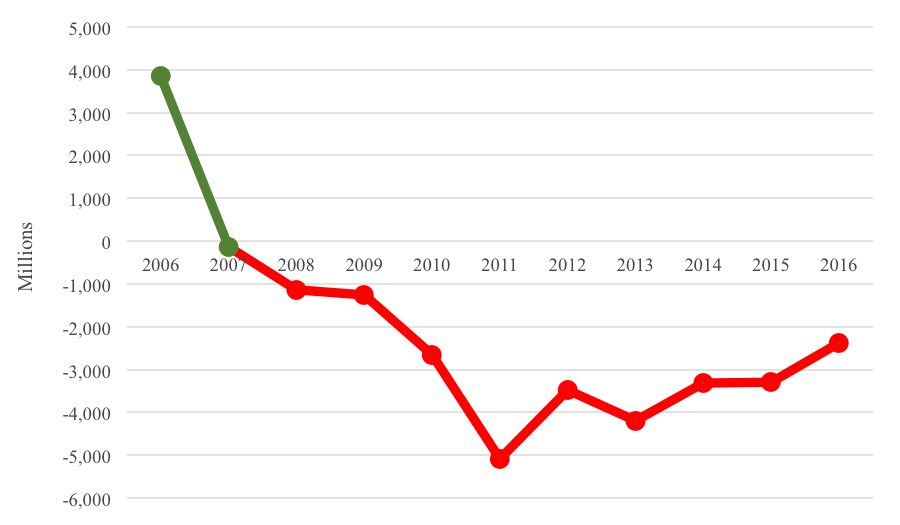 Reforming a country is not an easy task. Zimbabwe faces such a challenge today. It is not enough for a country to find itself at a juncture fertile for much needed reforms. History suggests that even in instances where bold and well-intended reforms are scheduled for implementation, the twin risks of lethargy in execution and counterproductive sequencing, or pacing, could derail any reform agenda.

With considerable socio-economic odds and manic expectation from the public, Zimbabwe’s government ought to be aware of the perils of quick fixes and the imperative trade-off between short-term respite and a more stable long-term path to recovery. In view of the much anticipated general election, it is important that the government delivers a credible poll which not only lends credence to the perception of a stark break away from the past but more importantly infuses confidence in the capacity of state institutions to lead from the front in charting the way forward.

Potential risks notwithstanding, Zimbabwe could benefit from the tailwind of an upswing in commodity prices to roll out a raft of reforms. For now, higher commodity prices have subdued the monetary and fiscal pressures encountered in the recent past, thus bringing about a growth spurt in Sub-Saharan Africa.

Julians Amboko is a Senior Research Analyst with StratLink Africa Ltd, a Nairobi-based financial advisory firm focusing on emerging and frontier markets. He covers macroeconomic research and analysis for Sub-Saharan Africa, including markets such as Nigeria, Kenya, Ethiopia, Ghana, and Angola.