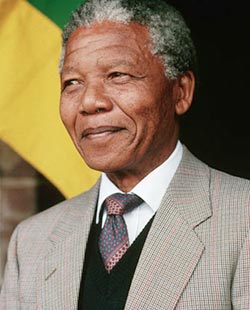 AT one level Zimbabwe has finally hit its true Dickensian political and historical moment. That moment is “the spring of hope” and at the same time “the winter of despair.” Zimbabweans have everything before them, nothing before them and all roads seem to lead to heaven and hell at the same time.
At another level Zimbabwean politics has retreated from true history and degenerated to its religious and biblical moments. The last few years have seen prophets, witchcraft and witchcraft stories dominating the Zimbabwean national imagination.
A country going through the last days of the reign of a monumental figure and a big dictator should be like that. If we had our ears up and our eyes open nothing that is happening now in Zimbabwe and that is about to unfold should surprise us, but it seem to me that we did not hear the sounds of history nor did we see the signs of posterity as we continued sleep walking through time.
Even the “spitting at Nelson Mandela’s grave” that Robert Mugabe is presently doing in rubbishing the legacy of the late South African statesmen as a treacherous legacy should not have come to us as a scandal or a surprise if we understood Robert Mugabe as a head of state with a certain state of the head.
The refusal by Robert Mugabe to be succeeded by anyone except by himself was not going to hit all of us as hard as it is doing and as cruelly as it is to continue to do if our eyes of the mind were open. In this article I undertake a semiotic observation of Robert Mugabe as a product of a history and one that has also produced some history to the tragic effect that his power has allowed him to develop a sad messianic mind-set that is eating him and the whole of Zimbabwe up.
The man has been compared, by fawning supporters, to edible substances like “Cremora” the coffee creamer and mainly to the “son of God” and “the other son of God” whose disciple-like followers among the ministers call themselves “obedient” sons and docile daughters. In the process a theological and messianic illusion has planted itself not only in Robert Mugabe’s historical and political mentality but also in the Zimbabwean political system, in the ruling party and its political opposition, where messianism has been naturalised as an ideology of power. Thanks to our lazy slumber, Robert Mugabe is about to succeed himself in Zimbabwe.Advertisement