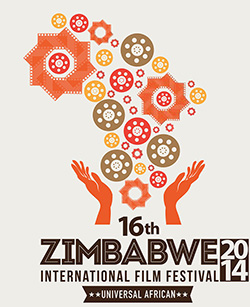 THE Zimbabwe International Film Festival Trust (ZIFFT) has published an international call for films for the 17th edition of the film festival.
The festival will run from October 3 to 10 at various venues in Harare and around the country.
The eight-day annual event seeks to showcase the best cinema from around the world; screening international and local films.
Zimbabwean filmmakers who want to participate in the festival can submit online via the festival official website (www.festival.zifft.org) or in person at the ZIFFT offices in Harare on 2 Canterbury in Kensington.
The festival will run under the theme “Documation”, a play on Documentary and Animation, with the festival paying particular attention to these two genres but will also feature other genres.
“The theme is intended to encourage Zimbabweans to appreciate the essence of our national heritage, past and present, and use these film forms to capture and archive it for posterity, and help fulfil ZIFFT’s vision of “a society that enjoys and celebrates a dynamic film culture,” said festival coordinator, Elton Mjanana.
Mjanana said they received overwhelming response in last year’s edition with 200 films submitted by filmmakers from 36 countries comprising Bangladesh, Canada, Germany, Ghana, India, Mauritania, Nigeria, Rwanda, United States, and Zimbabwe.
He said there is a special programme designed specifically to promote local productions.
“The Zimbabwe Calabash is specially designed to feature local films to ensure that local talent is well-represented; and always brings an exciting angle to the programming.
“Justice Chipwanya’s film Dust and Fortunes won the Best Screenplay award,” said Mjanana.
Set to run concurrently with the festival are the popular Short Film Programme (SFP), Outreach to Educate, Film Forum and The Innovation Hub (I-HUB).
“I-HUB is designed to re-establish ZIFFT as the ‘HUB’ of film in Zimbabwe,” said Mjanana.
This involves both programmatic innovation, and renovation/expansion of physical structures and technological infrastructure to make ZIFFT the place where Zimbabweans go to find inspiration and entertainment in film.
“It brings together dynamic and forward thinkers in anticipating the future of film.” Advertisement

Established in 1997, the Zimbabwe International Film & Festival Trust, ZIFFT has distinguished itself as a significant promoter of film in Zimbabwean and around the African continent.
In has laid a solid record in delivering a range of strong film development programmes over the past 16 years.