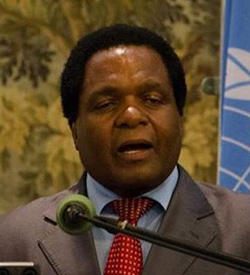 THE Zimbabwe Investment Authority (ZIA) has approved a total of 67 Foreign Direct Investment (FDI) projects valued at $971 million during the first six months of the year, a government official has revealed.
This is against 76 projects valued at $555 million approved the same period in 2014.
According to economic planning permanent secretary, Desire Sibanda the country has seen a 43 per cent rise in the value of projects approved
Sibanda revealed the figures while giving oral evidence on the state of FDI in Zimbabwe before Parliament’s foreign affairs portfolio committee on Tuesday.
According to the World Investment Report (WIR), Zimbabwe attracted $545 million in FDI last year, a 36 per cent increase form the $400 million registered in 2013.

Sibanda said investment was coming up adding that the new economic planning ministry had already made inroads in attracting investment to the country and also ensuring economic growth.