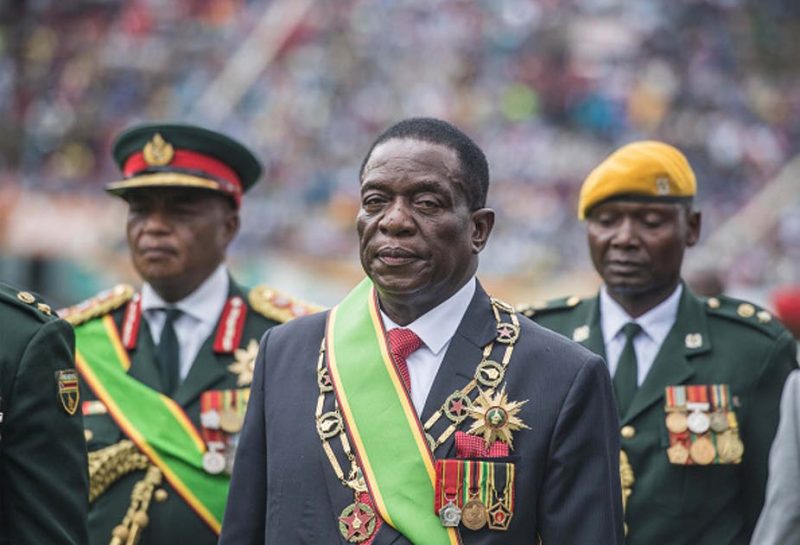 THE COP26 meeting of nations came at an extraordinary time in world history. Many countries are still battling the pandemic, its impact on public health and public finances.

At the same time, the urgency of the climate crisis is forcing transformational changes to economies. The discussions over these two weeks have been critical to agree on a collective way forward and I am proud to represent Zimbabwe at this important moment.

In my country, we feel the impact of climate change more than most. Our temperatures have risen by approximately 2 degrees Celsius over the past century, which has seen a significant increase in extreme weather.

In the past two decades alone, we have had to deal with 10 droughts. If world leaders do not step up climate action, developing nations at the forefront of the fight against climate change will see jobs lost, livelihoods destroyed, and lives devastated. That is something we must avoid and that is why Zimbabwe is coming to the table with ambitious plans to tackle climate change and save our planet.

My government has now committed to reducing emissions by 40 percent before 2030. This builds on a previous commitment for a 33-percent emissions reduction set in 2017.

The new target will see greenhouse gas emissions curbed to 44.7 million tonnes of carbon dioxide equivalent (Mt CO2e) by 2030, a reduction of about 30 million tonnes. One of our routes to achieve that is through significant expansion of renewable energy with the aim of having 26.5 percent of all energy from renewable sources by 2030.

This includes investment in hydro energy, solar energy and biomass.

We have also reaffirmed our commitment to conserve the diverse wildlife we have been blessed with. We have 11 protected national parks, each one provides a safe environment for our wildlife, including African buffalo, African bush elephant, the critically endangered black rhinoceros, southern giraffe, African leopard, lion, plains zebra, and several antelope species.

Last year, mining was banned in all those national parks. Moreover, my government entered a partnership with conservation non-profit African Parks, signing a 20-year agreement in November 2020 for the management of Matusadona National Park.

However, with all that ambition, we still need to cope with the shocks of drought and the impact of climate change through necessary social safety nets. That is why I have been appealing for multilateral support to supplement our efforts.

Developed nations need to widen access to climate finance as soon as possible. Sadly, the longstanding pledge to contribute $100bn annually to help developing countries deal with the effects of climate change has been elusive. The wealthiest countries must set an example and speed up this financing. All it demands is political will.

Another step the leading economies should take to support us, and others, is to end the political and illegal use of sanctions. In late October, UN Special Rapporteur Alena Douhan called for the removal of sanctions on Zimbabwe by the EU and the US after finishing a fact-finding mission.

She echoed the arguments I have articulated since taking office, that sanctions and various over-compliance with sanctions have had “an insidious ripple effect on the economy of Zimbabwe and on the enjoyment of fundamental human rights, including access to health, food, safe drinking water and sanitation.”

If the sanctions are removed, we would have a fighting chance at fulfilling our plans to become a middle-income country by the end of this decade, helping thousands out of poverty, stimulating innovation and once again allowing Zimbabwe to play a leading role on the African continent.

I believe we have demonstrated our willingness and desire to play a responsible role in the international community. We have made great progress over the last three years and addressed many of the reforms asked of us, including providing compensation to landowners who had their properties expropriated in the 2000s, and tackling corruption. We are applying to re-join the Commonwealth of nations and I hope my presence at COP26 is yet another sign of Zimbabwe’s reengagement efforts.

I was buoyed by warm bilateral conversations with US President Joe Biden, British Prime Minister Boris Johnson, Canadian Prime Minister Justin Trudeau, President of the European Council Charles Michel and others over the first week of the conference.

But the time for words is over – we must act now. My hope is the developing world will be freed to both play its part in the global fight against climate change as well as be equipped to deal with its devastating consequences.