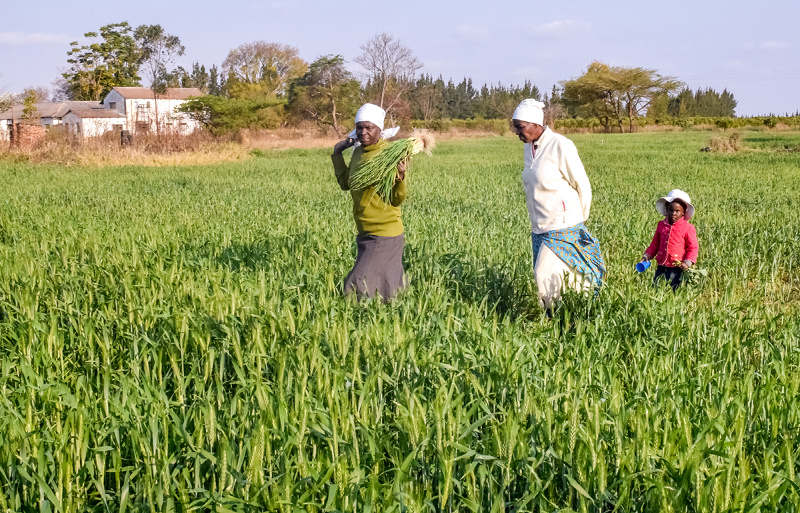 Even two decades after they were handed over lands seized from white landlords, many Black farmers in Zimbabwe continue to live in poverty.

In a major land reform program in 2000-2002, large tracks of land were seized from white farmers and handed over to the local Black population to redress colonial-era land grabs.

But two decades later, people say, the step has contributed to the country’s economic decline, so much so that many are offering to return the land to white owners to boost productivity.

Andrew Nhurupira, 69, a Black farmer, who got land in Guruve district in Zimbabwe’s Mashonaland Central Province points out towards rusted water tanks once operational when the farm was run by the white landlord.

While like many others he does not regret settling on the annexed land, Nhurupira does not have resources to optimally utilize the land to make both ends meet.

Living in a thatched hut, where a very old Datsun vehicle, once a source of pride for him, is parked, Nhurupira’s wife Agness, 62, said they had a much better living standard before owning this land. She remembers her old home in Mazowe area in the same province.

“Life was better at our old home where we farmed on our small piece of land,” she told Anadolu Agency.

Faced with a handicap to cultivate the land, children of many farmers like Nhurupira are migrating to neighboring countries like South Africa in search of greener pastures.

“You need sound capital to venture into the kind of farming my father hoped for when he accepted the land seized from white farmers. He lacked resources and therefore becoming successful was not be easy,” said one of Nhurupira’s sons, now living in South Africa.

Officially Zimbabwe started seizing and redistributing land through the Land Acquisition Act approved by lawmakers in 2002. But forcible eviction of white farmers had started in 2000. More than 4,000 whites were evicted from their farms, which was distributed to over 150,000 farmers under three categories.

Nhurupira was granted an A1 farm, 37 hectares (91.4 acres) in size, which has failed to turn his fortunes even two decades later.

According to Elvis Mugari, an activist of the Movement for Democratic Change Alliance the political elite were granted bigger A2 farms, 318 hectares (785 acres) in size.

But they even have not mastered farming.

“We’re going nowhere. We want white farmers back to productively utilize the land we have because we’re growing nothing out of it,” a veteran who fought in Zimbabwe’s 1970s war of liberation told Anadolu Agency on condition of anonymity.

The distribution of land has not even reduced occurrences of drought. Early this year, about 7.7 million Zimbabweans needed urgent food aid, according to the UN World Food Program.

Ben Gilpen, a white farmer whose land was taken away and a member of the Commercial Farmers’ Union, said there is a need for accountability and assessing the gains of redistributing land.

“In the past, the market dictated who stayed in the farms. That is no longer the case,” Gilpen told Anadolu Agency.

Rusty Markham, a member of Zimbabwe’s opposition Movement for Democratic Change Alliance, said in the absence of support, Black farmers are unable to cultivate and produce food.