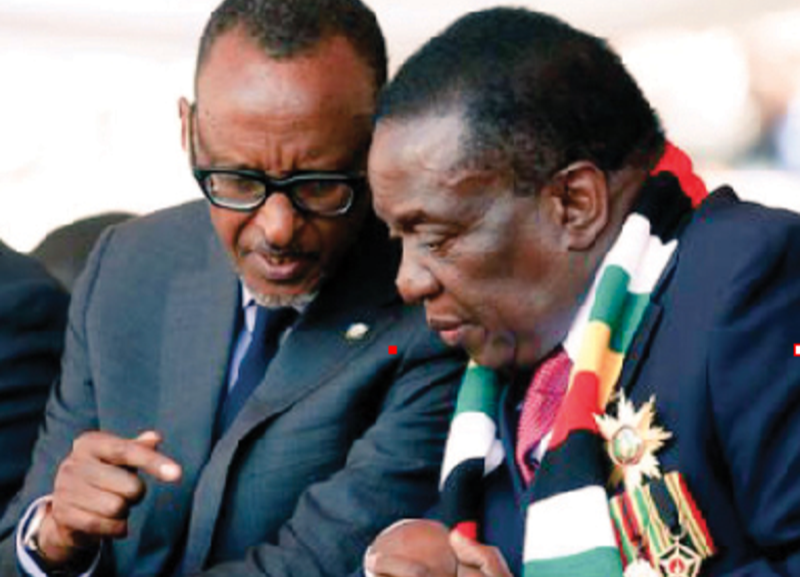 ZIMBABWEAN authorities are leaning on Rwanda to provide helpful tips on how they could ease the country’s stiff investment policies blamed for planting roadblocks in the way of prospective foreign investors.

It takes an investor a maximum of six hours to register a business in Rwanda, a different scenario from Zimbabwean processes which are clogged with frustrating red-tape.

Foreign Affairs deputy minister David Musabayana said Wednesday Zimbabwe and Rwanda were on their path to working together in strengthening ties within the framework of the Joint Permanent Commission of Co-operation (JPCC).

“On the ease of doing business and other economic reform policies, Zimbabwe has been drawing important lessons from Rwanda,” Musabayana told journalists in Harare.

He added, “Rwanda has liberal economic and investment policies and laws that have promoted the ease of doing business.

“Zimbabwe commends Rwanda for its second rank on the ease of doing business in Africa and 29th globally. Rwanda is recognised as the leading reformer of all time from being ranked 150 out of 190 in 2008 to 29 out of 190 countries.

“The Rwanda Development Board’s One Stop Shop for investment has been credited for attracting Foreign Direct Investment.

“There is room to share best practices between the two countries as the Government of Zimbabwe seeks to operationalise the Zimbabwe Investment and Development Agency.”

He went on to say it was disheartening to note that trade between Zimbabwe and Rwanda remained negligible peaking at a mere US$156,000 in 2018 from an equally negligible US$6,000 in 2011.

“The meagre trade values show that there is need to do a lot of work to promote trade between Zimbabwe and Rwanda.”

Immense opportunities to enhance bilateral trade are available, Musabayana said, in light of that both countries are members of the COMESA Free Trade Area and the African Continental Free Trade Area that is coming into effect in July 2020.

“For instance, the two countries can co-operate in Higher and Tertiary Education, Science, Innovation and Technology Development,” he said.

“Zimbabwe skilled teachers could be deployed to work in Rwanda under some framework of cooperation that can be mutually agreed to.

“Cooperation in the area of tertiary education could also involve the enrolment of students from Rwanda at institutions of higher learning in Zimbabwe where the English Language is the medium of instruction.”

In 2018, the chief executive of the Rwanda Development Board, Clare Akamanzi was in Harare to share Rwanda’s experience at the request of President Emmerson Mnangagwa.

Akamanzi addressed Cabinet members, the private sector and civil servants on how Rwanda managed to attract huge foreign direct investment within a short space of time.