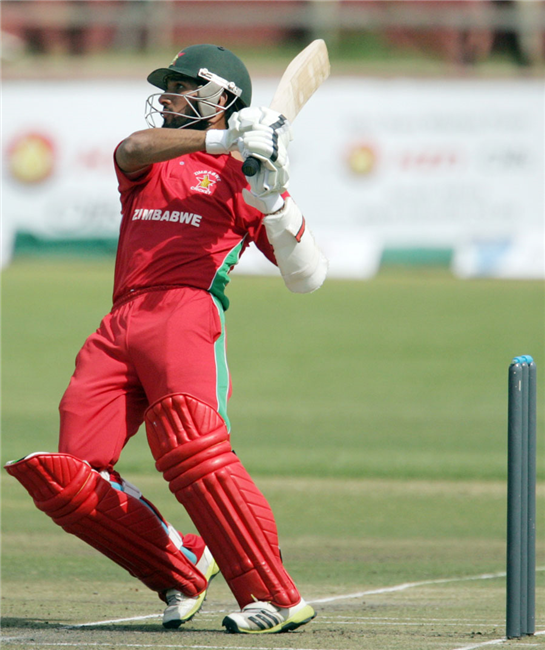 OPENER Quinton de Kock smashed 84 as a weakened South Africa crushed Zimbabwe by seven wickets to complete a whitewash in their three-match ODI series at Queens Sports Club here today.
After putting their hosts in to bat, South Africa skittled Zimbabwe for 165 inside 40 overs before reaching 171-3 with 136 balls to spare.
The Proteas, who had already rested fast bowling trio Dale Steyn, Morne Morkel and Vernon Philander for this series, left out Hashim Amla and AB de Villiers.
That meant debuts for opener Rilee Rossouw and seamer Mthokozisi Shezi, and a return to the side for fast bowler Marchant de Lange. The latter was the pick of the bowlers with 3-31.
Only Zimbabwe captain Elton Chigumbura offered any sort of resistance to the Proteas with 90 as he put on 46 for the 10th wicket with Tinashe Panyangara, before he was bowled by a slower ball from De Lange to deny him his century.
All of the runs in the last wicket stand were scored by Chigumbura to add some respectability to Zimbabwe’s total after they had looked as though they would be bowled out for under 120.
Rossouw’s dream of playing international cricket turned into something of a nightmare when he was run out trying to steal a run off the first ball he faced.
If there were any jitters in the South African camp after that they were settled by the remarkable De Kock, who on Tuesday became the joint fastest player to 1000 ODI runs, and captain for the day Faf du Plessis (40).
De Kock perished late in the innings chasing his century with his 84 coming from 75 balls.
The two teams will now be joined by Australia in a triangular tournament in Harare that starts on Monday.Advertisement