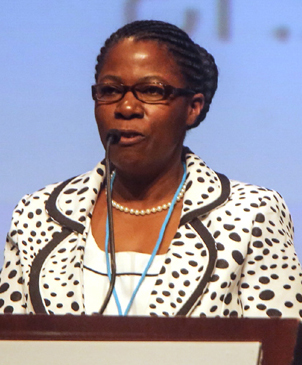 THE government said last week it would maintain a decade-long ban on unlicensed exports of scrap metal to protect the country’s infrastructure from vandalism and ensure adequate raw materials to local foundries.
Industry and Commerce Deputy Minister Chiratidzo Mabuwa told Parliament that the ban was imposed in 2005 after a steep rise in vandalism and theft of equipment for energy, agriculture, rail and telephone companies.
However, the government in 2010 allowed a special dispensation for licensed operators to export scrap metal and this include scrap metal from manufacturing processes, scrap metal from plants and equipment dismantled for refurbishment purposes and scrap metal being disposed by state firms.
Mabuwa insisted government would not lift the ban to allow unregulated exportation of scrap metal despite numerous requests from concerned stakeholders.
“The 2005 ban was imposed after vandalism and theft of farming and industry equipment had reached alarming levels.
“Government position is that the export of unlicensed scrap metal remains banned in order to reduce levels of vandalism and theft of equipment, and to ensure local foundries have adequate raw materials to continue to carry out their value addition activities,” she said.
Those against the ban argue that local foundries are failing to pay competitive prices and utilize some types of scrap metal.Advertisement