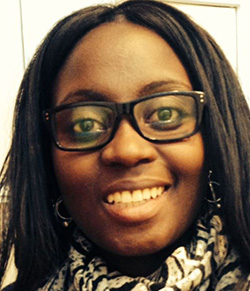 ZIMBABWE will today (Thursday) host its inaugural Women’s Entrepreneurship Day (WED), an international initiative which seeks to bring to the forefront of the global agenda the conversation around supporting, empowering and mobilising women entrepreneurs.
Celebrated annually on November 19, the event brings together women innovators and job creators, launching start-ups that bring ideas to life, drive economic growth and expand human welfare.
United Nations WED Zimbabwe ambassador Natalie Jabangwe-Morris, who is Econet Wireless’ head of EcoCash business, said the country had done a lot in putting women at the forefront.
“Businesses such as Econet Wireless audaciously support women empowerment crusades and take seriously the grooming of female leaders in the workplace,” she said.
She, however, noted that it was time for Zimbabwean women’s agenda on entrepreneurship and empowerment to sit on the global agenda, where the talented are celebrated, recognised, supported and put at forefront of the worldwide conversations
This is the second year running after the event was proclaimed an “official day” by the UN, New York governor Andrew Cuomo and New York City mayor Bill de Blasio.
In Zimbabwe, WED will be hosted by a group of local women entrepreneurs, business leaders, innovators and philanthropists and is officially being sponsored by EcoCash Mukando Savings Club.
Until the 20th Century, women had little or no opportunities to contribute to their economies outside of their homes.
According to the International Labour Organisation 2015 gender gap survey, women are responsible for 60% of production, but in Middle East and Africa combined, only 6% of women are represented in employment. In Zimbabwe it is about 20%, but less than 1% holding leadership positions.
The stereotypical role of an African woman in her economy is often depicted globally as the silently strong, hardworking woman with the baby on the back whilst tilling the land, but with no decision-making power.
Meanwhile, the event has pulled in the support of seasoned female business entrepreneurs, leaders and philanthropists that include Divine Ndlukula (Securico), Beatrice Mtetwa (human rights lawyer), Rudo Boka (Boka Tobacco Auction Floors), Chipo Mtasa, Dalia Cohen, Diana Patel, youth ambassador Chido Murina and many other phenomenal women.Advertisement