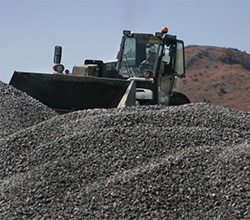 HARARE: Zimbabwe’s mineral revenue declined by seven percent to $1, 8 billion in 2015 as the country recorded a marked decrease in mineral output, a survey on the state of the sector by the Chamber of Mines has shown.
The survey which was released Thursday showed that only gold and platinum recorded growth in 2015, with the rest showing declines. Zimbabwe has over 40 minerals but only five – gold, platinum, palladium, diamonds and nickel account for 90 percent of revenue, the report showed.
Gold output rose 30 percent to 20 tonnes and platinum marginally gained by one percent to 12,5 tonnes.
Copper remained flat at 8,2 tonnes while chrome output fell 48 percent to 210,000 tonnes, the steepest decline.
Revenue from chrome decreased by 47 percent to $21 million after recording a 48 percent decline in output to 210,000 tones.
Diamond revenue was down 46 percent to $180 million following a 30 percent decrease in output to 3,360 carats.
Platinum registered a 23 percent decrease in revenue to $381 million while nickel recorded a 30 percent fall in revenue to $142 million after a three percent decline in output to 16,108 tonnes.
Revenue from gold sales grew by a fifth to $737 million.
Capacity utilization in the sector declined to 60 percent from 71 percent in 2014 with the steepest decline being recorded in chrome mining which slumped to 29 percent from 67 percent.
Capacity utilization in coal fell to 20 percent from 34 percent while the platinum sector continued to operate at full capacity.
“All respondents operating below full capacity cited capital shortages as the major constraint, followed by shortage and high cost of power and high input costs,” the survey shows.
The survey notes that average ore grades generally fell across leading minerals in 2014 compared to 2015.
“Gold’s average grade fell to about 3.4 g/t in 2015 from around 3.5g/t in 2014 while platinum’s fell to an average of 3.39g/t from 3,45 g/t,” read the report.
Revenue from minerals has fallen in recent years, from $1,95bn in 2014; $2,056bn in 2013 and $2,189bn in 2012.
The mining sector’s contribution to GDP stood at 9pct in 2015 from 9,15pct in 2014 and 10pct in 2013.Advertisement