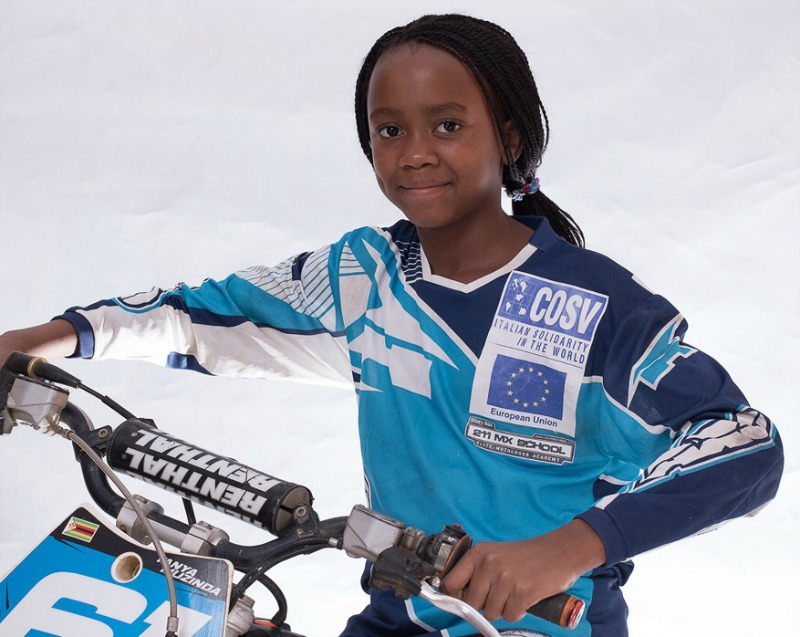 Zimbabwean motocross sensation, Tanya Muzinda has been nominated for the AfrICAN Children of the Year Awards (ACYA) which will be held at the Profound Conference Centre in Johannesburg on the 3rd of November in celebration of South African National Children’s Day.

“I am greatly honoured to have been nominated for the award by Stacey Fru Foundation and it’s partners. My nomination falls under the Sports and recreation category. I was very happy to receive such good news,” she told NewZimbabwe.com

The young athlete posted on her official twitter account, “I am greatful to have been nominated for an Award for the AfrICAN Children of the Year Awards in South Africa in November. These awards will recognise African Children ages 7-13 who are contributing positively to their communities and the continent.”

In 2012, at 9 years of age, she was appointed European Union-Zimbabwe Honorary Ambassador for Youth, Sports and Gender and remains the ambassador to date.

The prestigious awards which were introduced this year by The Stacey Fru foundation aim to recognise, honour and reward the contributions of children in an attempt to improve the African economy.

“I would love to see many African children celebrated as I have been, most children who are the future of the world filled with rich knowledge, creativity skills and knowledge most often go unnoticed,” said 11 year old South African author Stacey Fru, the custodian of the awards.

The awards acknowledge 11 categories; Sports and recreation, Leadership, Arts and Culture, Education and skills development, Philanthropist, Academic, Community development/engagement, Motivational/personal development, Science and technology, Safety and security and Special mention. Winners of the AfrICAN awards will be announced on the 16th of October.