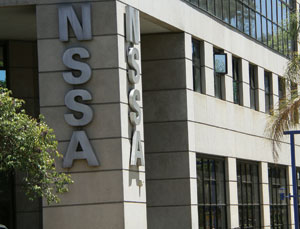 THE Government has appointed a board for the National Social Security Authority (NSSA)’s proposed social security building society in a move to strengthen the authority’s investment portfolio of the following the collapse of its merchant bank.
NSSA was recently granted a licence to operate the mortgage lender, which will be a successor to the failed Capital Bank whose operating licence was cancelled last June.
The appointment of the nine directors will pave way for the appointment of a new management team. The board will be led by chairman Gamaliel Mhofu Bwanya whose deputy will be Precious Sibiya.
Other members include David Mnangagwa; Jean Maguranyanga; Nimrod Chiminya; Tinotenda Kambasha; Sibusisiwe Bango; Josephine Ncube and James Matiza.
“We have met all the other requirements for the building society licence,” labour minister Prisca Mupfumira told a press briefing on Monday.
She said $50 million had been set aside for the setting up of the building society, adding that a new NSSA board, which will be announced in a fortnight, would allocate the funds to the financial institution.
NSSA is a significant shareholder in FBC Bank, but it’s dalliance with Capital Bank failed dismally when it was shut down last year.
The bank was deemed an unsafe and financially, which its existence characterised by undercapitalisation, persistent losses, chronic liquidity challenges and inordinately high levels of non-performing loans.
The bank was part of Patterson Timba’s Renaissance Holdings, which collapsed in 2011 in a cloud of poor corporate governance allegations.
NSSA, a statutory pension scheme set up in 1989 to which all employees make contributions, took a controlling 84 percent stake in the bank in 2012 after converting its $8, 5 million deposit into equity and rebranded it.Advertisement