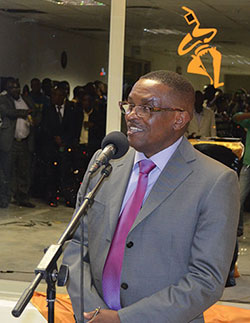 THE Zimbabwe Music Awards (Zima) which had, at one time, been the premier music gong that every artiste longed for have been revived with the UK and South Africa also coming to the party it has been revealed.
With entries having closed last Friday, the organisers said they are over the moon with responses to the revived event adding they were especially chuffed that the diaspora actively participated in sending in entries as well.
“So far the response has been great,” said a spokesperson for the organisers, Kganya Ndlovu.
“We are getting entries from across the country and even outside from Zimbabwean artistes in South Africa and even in the UK.
“We are seeing a combination of up-and-coming and seasoned artistes coming in to make their submissions. The online submission process has been well received.”
The Joseph Nyadzayo-founded and chaired event will be held in Harare, on October 7, with the organisers promising a stellar event on the night.
“Our artistes have shown that they are really excited about the event and are looking forward to the glitz and the glamour of the red carpet. Some are already planning their red carpet fashion so excitement is high,” said Ndlovu.
After effectively collapsing as the country’s economy struggled near death in the intensive care unit during the dark period preceding dollarization, Zima is back at a time the economy is also somewhat stable, thanks to a multi-currency system that has at least guaranteed the ability to plan ahead.
This time around the organisers say the beauty of the past when the event was the premier event are going to be recreated, with event attendees being assured of enjoying a well-rounded and well planned programme of events.
CATEGORIES