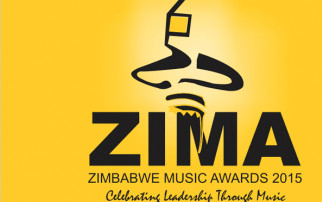 ORGANISERS of the Zimbabwe Music Awards (Zima) have urged fans to start voting for their preferred musicians to avoid last year’s scenario where music lovers were disappointed that Tocky Vibes went home empty-handed.
The 2015 edition is scheduled to take place on the 23rd of October and will honour outstanding artists drawn from 27 categories and approximately 500 entries.
Zima marketing and public relations executive Farai Chapoterera said entertainment followers should make use of social media to prop their preferred artists to glory.
“The selection of adjudicators is transparent but Zimbabweans should always make an effort to find out from their favourite artist if they have indeed submitted their entries. They should also take to social media, vote for the artists,” Chapoterera said in a recent interview.
The Zima awards were re-launched last year following a seven year break attributed to the lack of funds.
The come-back was however riddled with problems including financial challenges which resulted in a poor event while fans were angered by the skewed selection of judges which allegedly resulted in the non-recognition of trending artists.
Submission of entries for this year’s awards have already and adjudicators will decide on the nominees in two weeks.
Chapoterera, who has since promised art lovers a glamourous event, said they would make sure the awards remain accessible to cash-troubled Zimbabweans.
“We still believe we can come-up with a brilliant event with a budget that can still allow ordinary people to enjoy it,” she said.
She revealed the organisers were in the process of coming up with an international act for the awards which will be held under the theme “Celebrating leadership through music”.
“We have introduced one new category, the media award,” she added.
Last year’s panel of adjudicators included Peter Mabhena, head of the Music Department at the United College of Education (UCE), Matheus Bangure, the founding trustee of Music Crossroads Zimbabwe, Tendayi Shoko, a lecturer at the Midlands State University and Bothwell Nyamondera, a former engineer, producer and studio manager of Grammar records.Advertisement