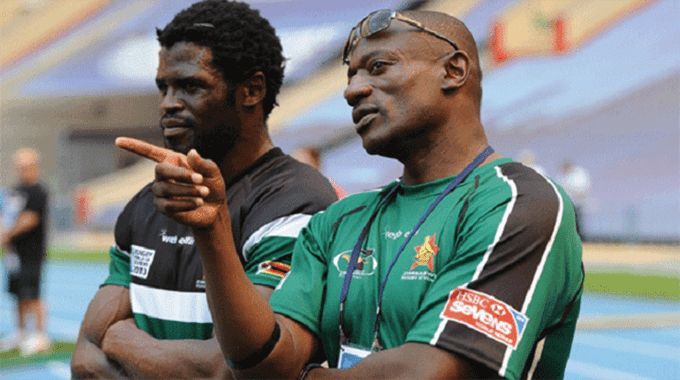 ZIMBABWE national Sevens coach Gilbert Nyamutsamba has named a strong 12-man squad ahead of the team’s participation in the inaugural edition of the newly formed  World Rugby Sevens Challenger Series to be held in Chills and Uruguay later this month.

The Cheetahs squad which boasts of a mixture of youth and experience will compete with 15 other national teams over two rounds of the newly-introduced tournament in South America.

The first of the two legs of the inaugural World Rugby Sevens Challenger Series will be played in Viña del Mar, Chile from February, 15 to 16 while the final leg is scheduled for Montevideo, Uruguay from February 22 to 23.

Captained by seasoned stalwart Stephan Hunduza, the Zimbabwe squad features a number of experienced players such as the South Africa-based duo of Tapiwa Tsomondo and Riaan O’Neill.

Former captain Hilton Mudariki, who recently joined Harare Sports Club after a stint at English Championship side Jersey Reds is also part of the side while Poland-based Martin Mangongo is the only Europe-based player in the Cheetahs squad.

Zimbabwe will however head to South America without star players Tafadzwa Chitokwindo and Connor Pritchard due to other commitments in Germany and Australia respectively.

The Cheetahs were drawn in Pool D together with Brazil, Mexico and host nation Chile.

Nyamutsamba is confident that his charges will do well in the tournament although he is wary of the threat posed by hosts Chille in the first tournament.

“I think its a fair draw. Without underestimating any team, we know Chile is going to be the toughest in the group, not only will they have home support, but I am sure because the tournament is on their backyard their preparation/ camp would be long and training at the same tournament, weather conditions are always an added advantage,’’ Nyamutsamba said.

According to World Rugby, the best eight-placed teams from the Challenger Series teams after the two events in South America will qualify to participate in the HSBC World Series Qualification Tournament at the Hong Kong Sevens from 3 to 5 April.

Over the last few weeks, trials have been taking place in Harare, Mutare and Bulawayo with local-based players getting an opportunity to be part of the Cheetahs.

Nyamutsamba however opted for a squad comprising mostly of his tried and tested players.

The Cheetahs were last in action at the Rugby Africa’s Men’s Sevens staged in South Africa at the beginning of November last year where they finished third and missed out on automatic qualification for this year’s Olympic Games in Tokyo, Japan.

Zimbabwe still have a chance of heading to Japan since they are taking part in a final qualification tournament to be held in June where only one team out of 12 will book a place at the Olympics.