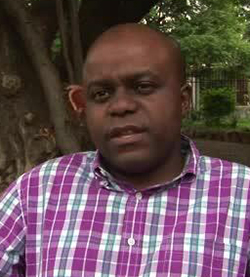 THE appalling state of the country’s roads and railways is contributing to the lack of investment with experts suggesting Zimbabwe needs up to $12 billion to get its infrastructure to acceptable standards.
Labour and Economic Research Institute of Zimbabwe (LEDRIZ) Development Economist, Dr Prosper Chitambara recently said no serious investor would want to put their money in an economy where there was no proper infrastructure such as railway lines, roads and energy.
He was speaking during a meeting with commissioners and officials from the Zimbabwe Human Rights Commission (ZHRC).
“Investment in a country is a function of railway infrastructure and energy. The two are the most required and take up the most costs for business.
“Because we are landlocked, we need to invest in infrastructure; if we had a good railway network, even our roads would not have been that bad,” he said.
Chitambara said any investor would want the highest returns for their funds and that was only possible through low production costs, noting that poor infrastructure had seen Zimbabwe attracting the least investment in SADC in the last few years.
“We have attracted only $4 billion worth of Foreign Direct Investment while our neighbours Zambia have had $20 billion and Mozambique $30 billion,” he said.
Chatambira said the lack of reliable supply of electricity and a poor transport system had cost the country a lot of investment.
Chitambara said the advancement of any country was an outcome of the consistent application of known development principles, adding that development was neither accidental nor miraculous.
He said people needed to change their mindset about development and start realising that the country’s destiny was in the hands of Zimbabweans.
“In as much as we have sanctions, we need to realise that countries can still develop with or without sanctions.
“In 1965 Rhodesia was under sanctions but it had a robust industrial policy that managed to bust sanctions and at independence, the Zimbabwe Dollar was even stronger than the British Pound and the American Dollar.”
Chitambara said no country was responsible for the development of another country, adding people needed to initiate homegrown programs that helped sustain the economy, adding Zimbabwe’s economy was being hamstrung by the problem of warped priorities.Advertisement