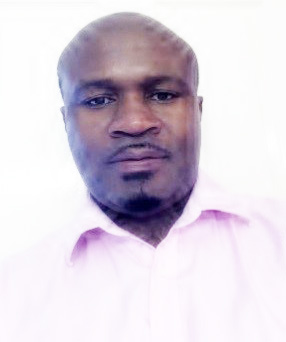 THE mass cyanide poisoning of elephants in 2013 was described as a catastrophic poaching incident. Recent poisoning of elephants in Matusadona and Hwange National Parks suggest that we now have a crisis. The two national parks are quite far from each other and reports suggest that Hwange has experienced more than one incident in the past few weeks.
The consequences of killing elephants by poisoning are unimaginable. Our wildlife heritage is being annihilated to mass extinction. It is reasonable to expect the problems to get worse.
Poisoning does not only kill the animal that is being targeted. It can kill the whole heard and possibly other herds. Other animals that feed off the poisoned carcasses also die from the poison. Animals that feed off carcasses of dead animals that have eaten the poisoned elephants can also be killed and so forth. Vultures are known to be one of the biggest victims on cyanide poisoning.
This is chemical warfare on defenceless wildlife akin to the use of weapons of mass destruction on defenceless animals. Sights of carcasses of herds of elephants of all ages must force us to introspect. A pure heartless murderous act and those who kill must be vilified but our failure to protect these majestic animals must be criticised.
The duty to protect these animals and stop this cowardly act falls onto park rangers. Park rangers are highly trained professionals and each national park has a bunch of them. Park rangers generally patrol national parks but they also respond to any reports of unusual activity in the park. They typically get into action when gun shots are heard in the park in areas where they do not expect hunting activity.
Poachers are very difficult to pin down, beyond the guy that does the actual killing, because poaching involves a network. There is the killer, weapons providers, a number of middle men and the final buyer who, in most cases, resides overseas. Each of these participants gets a cut from the act. In most cases the chain does not know each other. Typically, the killer lives locally while the rest of the chain live far away from the crime scene.
The killer is someone who knows the park very well. This means someone already working for the national parks or villagers who live in surrounding areas. In a lot of cases, people who live around national parks are the tribes that got displaced when the parks were created and they know the area very well. That’s why those who look for poachers search among people already living in the park or in surrounding villagers.Advertisement

In fact, when poaching takes place, the villain who gets arrested is some poor villager from the surrounding areas. The problem is that it is highly unlikely that villagers have access to cyanide. This suggests that the cyanide is supplied by someone further up the chain and it is rumoured that some well-connected people are involved further up the chain.

The elephant tasks are rarely recovered because they get transferred through the chain very quickly. Typically, the villager gets paid very little despite taking very huge risks. A payment of $100 can seem to be a lot of money in an economy like Zimbabwe. With unemployment as high as it is, there is a massive supply of unemployed youth who will take a chance on the promise of a few dollars.
In most cases, villagers have an idea of who amongst them is involved in poaching activities. If they wanted to, they could be a key deterrent to the callous act. The only problem is that villagers do not feel the benefit of national parks that are located next to their villages. The money that is generated from parks is not trickling into villages that surround the parks, it goes to the state and to businesses that have operations in the parks.
This creates a real perception of social injustice among villagers who see national parks which are located on their doorsteps as only benefiting people from far away. To add insult to injury, villagers stand to lose a lot because of their proximity to parks. They lose a lot of domestic animals and crops from wildlife that stray into village areas. It is illegal to hurt and kill wildlife with threats of lengthy jail terms. The recent story of a villager trying to scare away a lion with a vuvuzela does not make good reading.
The poachers have opened a new front using different weapons that kill silently and on a large scale. The cyanide poisoning strategy is difficult for park rangers alone to police. Some of Zimbabwe’s national parks are known to be very huge. As an example, Hwange national Park is known to be about the size of Wales.
National Parks need villagers who live around the parks to join the war but this is a battle for hearts and minds and the distance between villagers and national parks is currently huge. The differences in response (between ordinary people and those involved with conservation in national parks) to the Cecil the lion saga highlighted the differences. While the conservationists were mourning the dearth of Cecil, most Zimbabwean communities were left wondering what the fuss was all about.
There is a need for a paradigm shift. The nation needs to bring villagers into the anti-poaching effort. Community involvement in the safari industry must go beyond marketing rhetoric. In order to get villagers to support this effort, it is important to ensure that they also see the ‘real’ benefits of having parks close to them.
In other words, villagers need to take ownership of what is in the parks. Conservation can no longer be restricted to creating areas where animals and plants thrive, putting a few collars on some animals and hoping that everything will be alright. Community ownership has become critical if the war on poachers is to be won.
It’s time reconsider whether projects that used to be run by Communal Areas Management Programme for Indigenous Resources (CAMPFIRE) are worth restarting. They might just be the key to the terrorists’ war against our wildlife heritage.
David Mutori is a former chief operating officer of a group of luxury safari camps and Zambezi white water rafting guide. He writes in his own capacity on topical structural issues that affect the development of Zimbabwe. He can be contacted by email on mutorid@gmail.com or Twitter on @DavidMutori