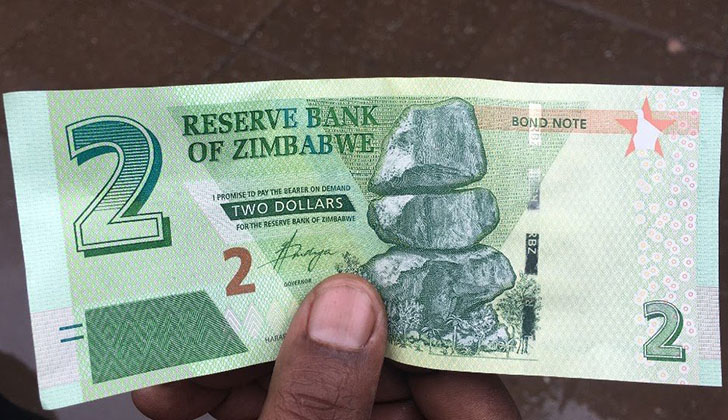 ZIMBABWE will need to develop its industrial and export base to a level where it can support its own currency, a senior US senior official has said.

The country has used the US dollar since the collapse of the Zimbabwe dollar due to hyperinflation back in 2009 but the American dollar is woefully short owning to poor export performance by the tanked economy.

Even so, the new Emmerson Mnangagwa-led government has ruled out a quick reverting to the Zimbabwe dollar.

“The transition from (former President Robert Mugabe) to President Emmerson Mnangagwa in November last year was an important step for Zimbabwe to begin a new chapter and embark on the necessary political and economic reforms to chart a new path for the country,” said Yamamoto.

Washington last week extended sanctions for another year, sanctions that were imposed while Mugabe was in power, but Yamamoto insisted that Donald Trump’s administration was committed to assisting Zimbabwe.

He said the US was working with the African Union and SADC to help Harare get back on its feet.

“Our aim, with the help of our partners, is for Zimbabwe to take control of its own currency, expand the agricultural sector and make a strong transition to industrialisation and consumer-based industries.

“Really, to be the powerhouse for the region that it was intended to be in the past. I think this is an opportunity,” the US official said.

Zimbabwe adopted the US dollar along with other major currencies as the country’s legal tender folded at the height of the higher-inflationary era.

Yamamoto said the transition from Mugabe to Mnangagwa should be seen as an opportunity for Zimbabwe to break with the past. He added the US also recognised Mnangagwa’s rise to power as legitimate.

“President Mnangagwa’s focus has been on the economy. We are looking at how we can work with Zimbabwe. Our ambassador Harry Thomas has met with President Mnangagwa not just on the future of Zimbabwe but also the role Zimbabwe plays.

“Zimbabwe is important to the region. Its economy has to have a base and its own currency and Zimbabwe used to be the bread basket of the region and we want that.

“The US is committed to the future of Zimbabwe,” said Yamamoto.