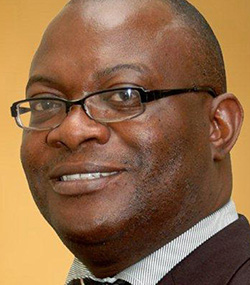 ZIMBABWE’S state investment agency has called for urgent policy and legislative reforms to attract foreign direct investment, which has remained stagnant at $400 million in the past two years.
The World Bank has ranked the country 171 out of 189 countries on its 2014 ease of doing business index, a situation attributed to negative perceptions of Zimbabwe’s policies such as its land redistribution drive as well as the current crusade to localize control of all foreign-owned enterprises.
Policy inconsistencies have also been cited as reasons behind low FDI inflows into the country.
Zimbabwe Investment Authority (ZIA) chief executive Richard Mbaiwa told a parliamentary committee in Harare Tuesday that the country continued to lag behind its regional peers such as Mozambique and Zambia whose FDI inflows had risen to $5 billion and $2 billion, respectively.
“Zimbabwe needs to aggressively improve the overall business environment and investment climate to attract meaningful levels of investment,” Mbaiwa.
“There is need to undertake reforms so that we are seen to be making some improvements in our doing business environment.”
He said political stability, policy consistency and investor friendly policies were key in attracting investment.
Mbaiwa said some initiatives had been undertaken through various workshops and meetings with support from the World Bank and the African Development Bank to address the problem.
A national steering committee and technical working groups were set up to look at indicators that hinder ease of doing business.
“The technical groups have started meeting and have come up with recommendations which are going to be implemented and conveyed to the people doing surveys so we can see a movement in terms of the ranking for Zimbabwe in future surveys,” he said.
He said the country was targeting to break through the top 100 in the World Bank ease of doing business ranks by 2017.
ZIA had also done a “starting a business” study looking at the Registrar of Companies, City of Harare, ZIMRA, NSSA and other agencies that are involved in the registration of businesses.
“We have agreed that there is going to be convergence in terms of information requirements and that an investor should not provide the same information to multiple agencies,” he said, adding that once registered with ZIA and the Registrar of Companies, the information should be shared among agencies.Advertisement

A system had also been developed to enable investors to apply for permits online and once all other agencies had computerised, then all communication would be done online.
“We believe that the system will enable us to have a virtual one-stop shop,” Mubaiwa said, adding that this would expedite registration.
He said the Act that governs investment should be amended to incorporate provisions for enforcing a one-stop shop requiring agents to comply within a specified timeframe.
Visits have also been planned to New Zealand and Mauritius ranked among the best on ease of doing business to study their systems in terms of starting and registering a company.