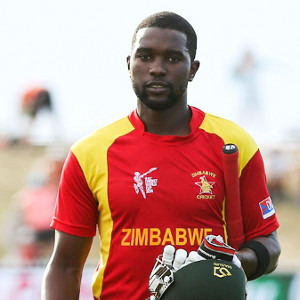 ZIMBABWE cricket captain, Elton Chigumbura, on Tuesday ruled out any security threat during their tour to Bangladesh to play a three-match ODI and two-match T20 series against the Bengal Tigers.
Addressing a press conference after the first practice session at the Sher-e-Bangla National Cricket Stadium in Mirpur in the afternoon, the Chigumbura said, “We came here to play cricket and left the security issues to the guys looking after it.”
The Zimbabwean Cricket Team arrived in Dhaka on Monday on a two-week tour to Bangladesh.
This will be the first international series in Bangladesh since Australia postponed their two-match test series early last month due to security concern.
Chigumbura is very hopeful of a good series bringing forward the part that they have played here before.
“Cricket is a funny game, anything can happen on any particular day or series. You can be on top and you can trip over in the next series,” he said.Advertisement