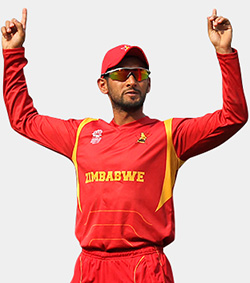 ZIMBABWE has ordered nine of its cricketers playing in a Twenty20 league in Afghanistan to return home following a deadly suicide bombing outside a stadium while a game was going on.
Zimbabwe Cricket says the nine, which include test players Elton Chigumbura, Hamilton Masakadza, Sikandar Raza and Richmond Mutumbami, are on their way home.
ZC revoked the no objection certificates it issued to the players to allow them to go to Afghanistan. It says “ZC will not under any circumstances compromise on matters of player safety.”
The board added; “With the full understanding of and help from the Afghanistan Cricket Board (ACB), the players – who had all travelled to Afghanistan in their individual capacities and not as representatives of Zimbabwe or ZC – are now on their way back home.
“ZC will not, under any circumstances, compromise on matters of player safety. We fully and sincerely sympathise with the ACB during this difficult time for them and assure them of our full support in the matter.
Officials said three people were killed and 12 wounded in the blast on Wednesday outside the Alokozay Kabul International Cricket Ground in the capital Kabul.
A match being played at the time was on a scheduled break and continued without delay.
All six teams in the Shpageeza Cricket League have foreign players, mainly from Zimbabwe, South Africa, West Indies and Sri Lanka.Advertisement