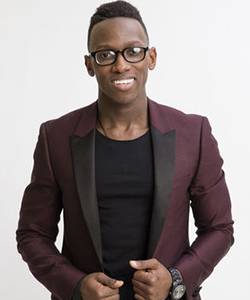 ZIMBABWE fast bowler Brian Vitori has been reported for a suspected illegal bowling action during the final of the Tri-Nation Series against Sri Lanka which the Upul Tharanga led side won by six wickets.
Vitori bowled nine overs in the match for figures of 3 for 52 in his first One Day International (ODI) since July 2015.
The Match Officials’ Report, which was handed over to the Zimbabwe management, cited concerns about the legality of the 26-year-old’s bowling action during the course of the match. It was the only match that he played in the complete series.
This is not the first time Vitori has been surrounded in this controversy.
He was suspended from bowling this year in the month of February by International Cricket Council (ICC) after he was reported of an illegal action during a Twenty20 International game against Bangladesh.
Vitori was made to go through various assessments in Chennai where it was discovered that all his deliveries exceeded the 15-degree level of tolerance permitted under ICC’s regulations.
He had to rework on his bowling action and had a re-test at the University of Pretoria where it was declared legal in the month of June.
With Vitori being reported again, he will be required to submit to further testing within 14 days. He is, however, permitted to continue bowling in international cricket until the results of the testing are known.
So far Virtori has played 20 ODIs and has 29 wickets with career-best figures of 5 for 29. He has played 4 Tests and has 12 wickets with best figures of 5 for 61 in one innings.Advertisement