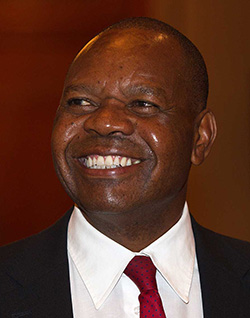 LOCAL cricket players have ended their protest over non-payment of match fees and will return to training on Monday after being given an assurance by Wilfred Mukondiwa, the Zimbabwe Cricket chairman, that their monies will be paid.
The players have also received certainty over contracts, although the specifics are not yet known.
Last week, ESPNcricinfo reported that the Harare-based players, who were involved in a camp ahead of matches against Pakistan A, refused to practice until they had been given certainty over their unpaid money and the status of contracts.
Players from other parts of the country were not involved as they had not travelled to Harare.
The players demanded a meeting with Mukondiwa, which took place last Friday, two days after the ZC AGM. Sources revealed that Mukondiwa informed them he was working on a payment plan for their match fees.
Some players had not been paid for matches dating back to July last year. ZC was making payments in batches, with the final one due in July this year which went unpaid.
Zimbabwe are due to host Sri Lanka and West Indies after the A-team series, although the fixtures have yet to be announced.
Zimbabwe are also without a head coach, and are working with former interim coach Makhaya Ntini. Heath Streak is believed to be the frontrunner to take over.Advertisement