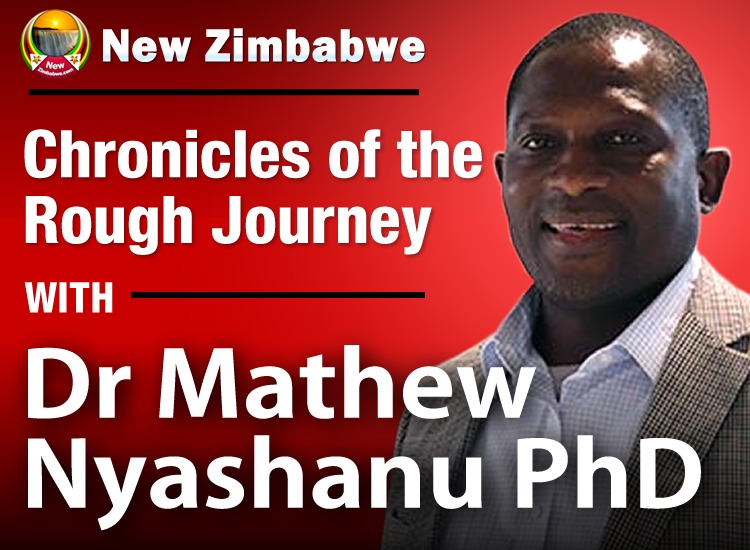 On the 18th of April 1980 Zimbabweans celebrated the emergence of a new political dispensation in a country that was once run under an oppressive colonial regime since 1890. The two military wings comprising of Zimbabwe African National Liberation Army (ZANLA) led by Robert Mugabe and Zimbabwe People’s Revolutionary Army (ZIPRA) led by Joshua Nkomo marched in the streets of Harare, then Salisbury with pomp and pride.

Rufaro stadium witnessed a historical moment when the Union Jack was lowered and bade farewell to the newly-born Zimbabwe whose leaders were clearly opposed to the suppression of black people in all spheres of life. Prime Minister Mugabe in his moving and statesman like speech promised the ululating crowds’ jobs, freedom, self-determination and free education.

The early years of Zimbabwe were punctuated with signs of political immaturity and traumatic clashes between Zanu PF and Zipra forces who were still in assembly points waiting to form a regular national army. The infamous Entumbane clashes led to sharp divisions within the liberators, embroiling peace loving citizens in one of the worst tribal divisions ever to be experienced in the newly born Southern African state.

Before even recovering from the early clashes, the formative years of Zimbabwe witnessed one of the worst if not diabolic civil strifes popularly known as the Matebeleland massacre where more than 20,000 Ndebele people were murdered by a North Korea trained unit of the Zimbabwe National Army (ZNA) in a campaign that was known as Gukurahundi.

Joshua Nkomo had a torrid time being accused of churning out dissidents leading to the confiscation of Zipra properties which are still outstanding until today. 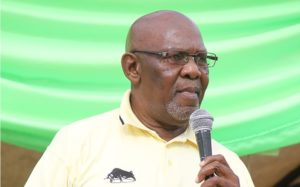 In the midst of all this political turmoil, two veteran Zipra army generals Lookout Masuku and Dumiso Dabengwa were jailed, and Lookout Masuku died while in prison. The forays into Matebeleland and the Midlands regions saw houses of many Ndebele speaking people and those associated with Zipra being burnt by vigilantes under the protection of the dreaded Central Intelligence Organisation (CIO) and the ZNA.

It was not until1987 that Zanu PF led by Mugabe and Zapu led by Nkomo forged a unity accord to end the civil strife that had ravaged the lives of poor citizens whose expectations of a new Zimbabwe were so high. At that point Zanu PF quickly moved to campaign for a one party State in Zimbabwe.

The ideals of jobs, self-determination, freedom of association and free education that decorated the eve of independence were slowly disappearing from the manifesto of the liberators. Those who spoke against the one-party State were purged or dropped from the ruling party.

Some of the earliest casualties included the late veteran Manicaland politician Edgar Tekere who was mercilessly purged from Zanu PF and the late combative Gweru businessman Patrick Kombayi who endured a fatal shooting in the run up to the 1990 general elections for forming one of the earliest opposition parties in Zimbabwe.

The reason to share with you these snippets of history is to contextualise the present political turmoil bedevilling Zimbabwe under Zanu PF. The violence, electoral fraud and political patronage in appointing leaders and senior civil servants is an in-born characteristic of Zanu PF.

Before the emergence of formidable opposition parties like the initial Movement for Democratic Change led by Morgan Tsvangirai and the Citizen Coalition for Change let by Advocate Nelson Chamisa, Zanu PF had already mastered political violence philosophy through purging its own off-spring and former allies in the liberation struggle.

The present state of the economy in Zimbabwe was a result of political blindness, lack of craft literacy and craft competence to understand the complexity of running a viable economy through working policies by the Zanu PF-run government.

The two fatal mistakes that Zanu PF did in the late 90s was to print money, the arbitrary payments to war veterans and occupying productive land at the expense of agricultural production.

We all know that soon after the war, to remove colonialism all war veterans received some money through demobilization. The second payment to war veterans in the late 90s was meant to silence them and divert them from seeing the incompetence of Zanu PF in running the economy while using former fighters as a weapon against peace loving citizens. 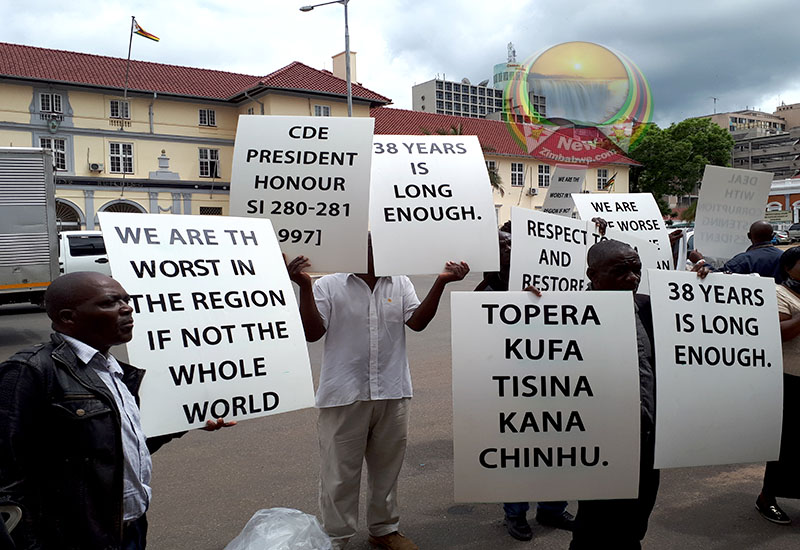 There was no need to print money and suffocate the currency while trying to save a political liability outfit like Zanu PF. In earnest, everyone believed that it was proper that land reform had to be undertaken because it represented one of the main reasons why people took up arms against the colonial government.

However, it was not in the interests of the economy for Zanu PF to ransack productive land while leaving large tracts of forests attached to the productive land. In the hind sight, and through reflection, one would conclude that the present economic turmoil was primarily the result of kindergarten economics to print currency and unstructured land reform that targeted the lifeline of the economy (productive land).

After all this chaotic land reform Zimbabwe is still faced with the same problem where a few people who enjoy the support of the ruling party have turned out to be the new landowners and the disparity that existed in colonialism is still lingering in the so-called independent Zimbabwe.

It is painful to recount the reasons why people went to war and compare it with what Zanu PF is delivering in the name of liberation. Zanu PF has all it takes to be a neo-colonial political outfit. Zimbabweans have been subjected to colonial pieces of legislation like Access to Information and Protection of Privacy Act (AIPPA) which curtailed the work of Journalists in a liberated country.  It seems as though Zanu PF has perfected its machinery in churning out oppressive and colonial pieces of legislation against its own people that it claims to have liberated.

More bizarre and laughable is where the same failed government of Zanu PF is trying to insinuate that Sanctions are being caused by ordinary Zimbabweans especially those who are calling them out for their incompetence. The gist of the matter here is that no ordinary Zimbabwean will ever support sanctions because they hurt poor people.

Moreso, there is no ordinary Zimbabwean who can dictate what goes on in an American, British or European parliament about their foreign policy on Zimbabwe.

My brothers and sisters, it’s now one o’clock in the morning still sitting and scribing; let me put down my pen  but WATCH this space next week when I will be unpacking the question of sanctions and the punitive insinuations mooted by the Zimbabwean government. This one is a classic one not to miss.

Dr Mathew Nyashanu is a Senior Lecturer in Public Health and Zimbabwean academic based in the institute of Health & Allied Professions at Nottingham Trent University. He is a social scientist and public health specialist who has contributed widely in the strengthening of Health systems in many low and middle income countries. The writings are purely his views and do not represent Nottingham Trent University. Dr Mathew Nyashanu can be contacted on the following email: mathewnyashanu46@gmail.com