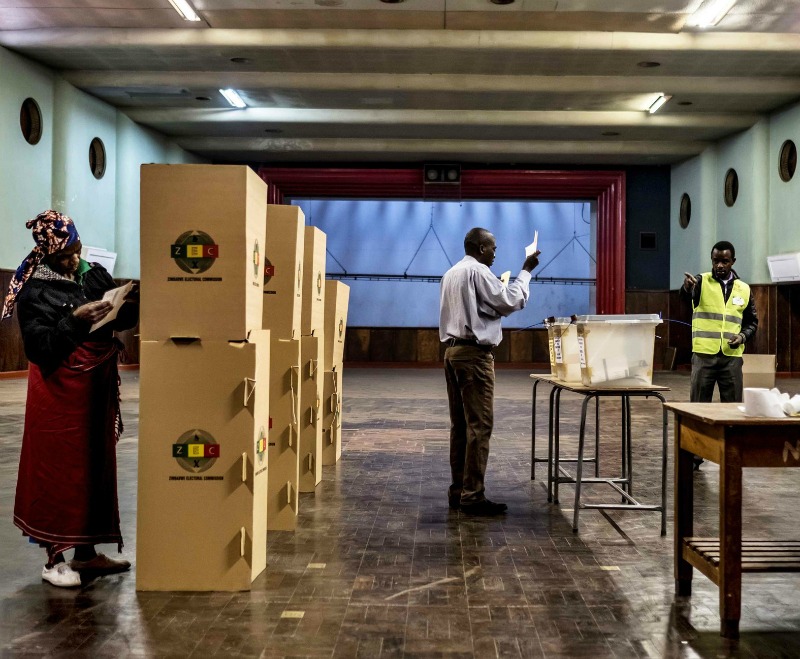 Addressing a media conference at Harare’s Rainbow Towers Monday night, ZEC chair Justice Chigumba praised Zimbabweans for turning out in their millions to exercise their right to vote.

“At 6 pm, most of the polling stations had recorded a voter turnout averaging at 75%. It is our view that the high voter turnout is indicative of a sound voter education and publicity conducted on a receptive electorate,” Chigumba said.

“ZEC has ensured the electorate has been afforded the opportunity to exercise its constitutional right to elect its leaders.”

Monday witnessed long winding queues at some polling stations throughout the country.

The queues had been cleared by the late hours of the day.

Earlier, MDC Alliance presidential candidate Nelson Chamisa voiced his disapproval with a voting system that went on slowly during the earlier hours of the day although acknowledging the high turnout.

Meanwhile, during her Monday address, Chigumba urged locals to be patient as they waited for the electoral body to announce the results.

Zimbabweans are keen to know the outcome of a poll which saw incumbent President Emmerson Mnangagwa locked in a close contest with Chamisa.