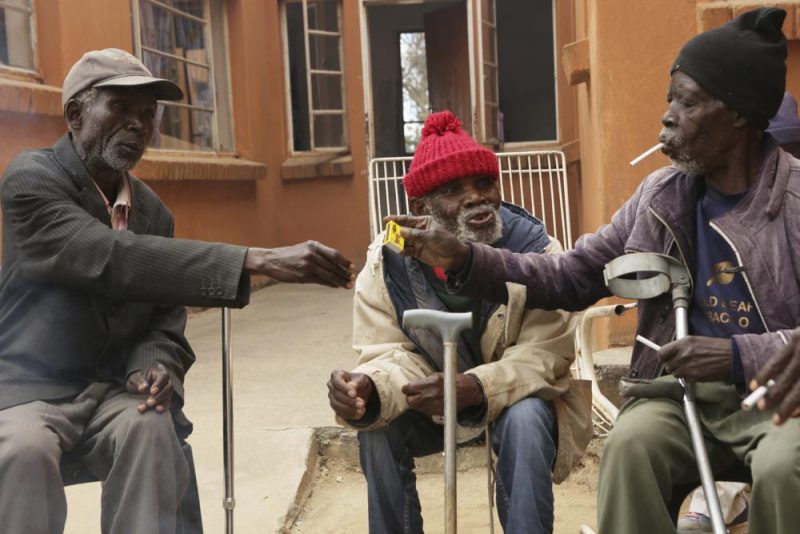 ON PAPER, Zimbabwe has a national pension scheme to support its senior citizens.

All workers between the ages of 16 and 65 are required to pay into the scheme. In exchange, they receive the promise of an adequate income once they retire.

But don’t tell that to Odreck Matande of Harare, age 87, a former labourer for the National Railway. When he was laid off from his job at the age of 58, there was no pension as he had not reached full retirement age of 65 years.

There were also no jobs for a worker of his age. Then, when he turned 65, there was no pension to support him.

“In Zimbabwe, pension income effectively was written off because of hyperinflation,” says Jonathan Mandaza, chairman of the Zimbabwe Older Persons Organisation, which advocates for people over 65.

“That is in addition to the fact that pensions never have and never will match the incomes received during one’s working life.” “From independence in 1980 to today, there never has been any scheme to help the aged here,” Mandaza adds. “Yet we were the backbone of the liberation struggle.”

Odreck Matande has scraped by on donations from neighbours and churchgoers.

“I have for years depended on handouts from well-wishers,” Matande says. “Sometimes I get a bit of money from my tenants, but they often don’t pay because they are also suffering. My children cannot help either as they are facing their own struggles.”

His story is not unusual in Zimbabwe. According to Mywage.org, an organisation that collects and compares labour market information, pensions in Zimbabwe are tiny, ranging from $10 to $100 per month. The research organisation also says that pensioners in Zimbabwe have been dispossessed by deliberate action.

“In February 2009, following the switch to multi-currencies, pension and life funds started converting policies to US dollars,” says Mywage’s report on Zimbabwe. “The prices arbitrarily reduced the balance on accounts to values less than $100, regardless of how long each policy had run.”

Monthly pension payouts in Zimbabwe are so low, it says, that “banks are currently exempting pensioners earning $25 per month from paying service charges. Whilst employees and workers have been dutifully contributing part of their salaries into the various pension funds, inflation and the multi-currency exercise have had a devastating effect.”

Monthly pension payouts “are so low as to be worthless,” the report continues. “They cannot cover living expenses. With the sharp rise in the cost of food, it is a daily struggle to survive and many have to rely on charity.”

According to Priscilla Gavi, executive director of HelpAge Zimbabwe, a non-governmental organisation, old-age poverty is rampant in Zimbabwe. As of July 2021, there were approximately 713 000 people over age 65 in Zimbabwe.

Of these, “80% live in abject poverty with no source of income, no resources to fall back on, no medical insurance, and no pension,” Gavi says.

Zimbabwe’s hyperinflation has hit the country’s elderly hard. Inflation peaked at an eye-popping 557% in 2020, according to Statista, a German research company. For the elderly, the lack of pension income has been compounded by the loss of savings to hyperinflation, Gavi says.