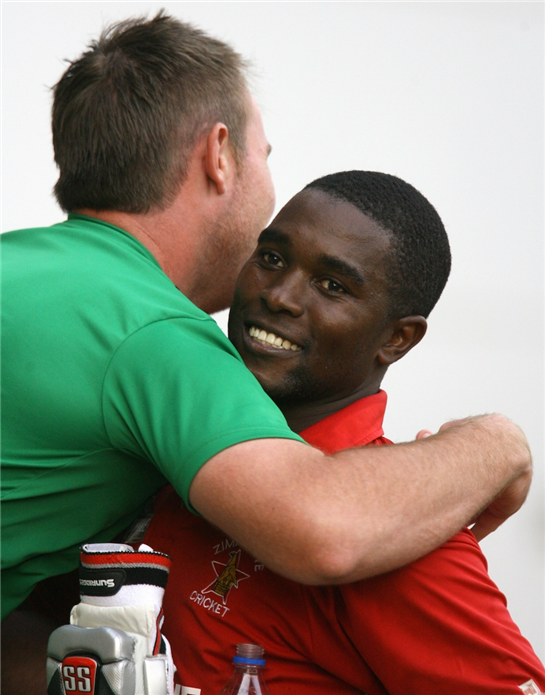 WHEN Zimbabwe’s players trudged off the Bulawayo pitch after back to back defeats by Afghanistan in July, few could have believed that a month later they would produce a shock victory over Australia.
Sunday’s stunning three-wicket win at Harare Sports Club could breath new life into Zimbabwean cricket, showing the possibilities that exist within the team despite the country’s cricket history of rolling from crisis to crisis.
Player strikes over unpaid salaries, accusations of corruption within the Zimbabwe Cricket board, the constant changing of coaches and the shrinking of the domestic game from five franchises to four amid desperate cost-cutting have all grabbed recent headlines.
But now, finally, there is a positive to fill the back pages and coming as it did just a few days after Zimbabwe had run South Africa uncomfortably close in a losing effort, suggests they are beginning to find some consistency in performance.
“The guys worked very hard for this and supporters were behind us throughout. We showed some improvement and we just have to keep working,” captain Elton Chigumbura said at the presentation ceremony on Sunday.
It was a sentiment shared by off-spinner John Nyumbu, new to the side but bowling like a seasoned veteran.
“After all the talks about the role of the coach [Stephan Mangongo] and all that, this win tops everything,” he said. “We bowled differently, we all have different roles and we executed them well.”
The scenes of jubilation after the game spoke volumes for what the win meant for not just the players, but the supporters who had filled the Harare Sports Club to capacity.
The celebrations provided ample evidence of the passion for the game in the troubled country.
Zimbabwe’s 50-over victories against major cricketing nations have not been that rare – since 2010 they have beaten India, Pakistan, Sri Lanka, New Zealand, West Indies and now Australia.
It could have been more if the International Cricket Council’s (ICC) calendar had allowed them greater opportunity to play.
None of the players that took to the field on Sunday were born the last time Zimbabwe defeated Australia in the opening game of the 1983 World Cup, their first ever one-day international.
With the right support from the country’s cricket authorities and the ICC, Zimbabwe can develop further and grow as a team.Advertisement