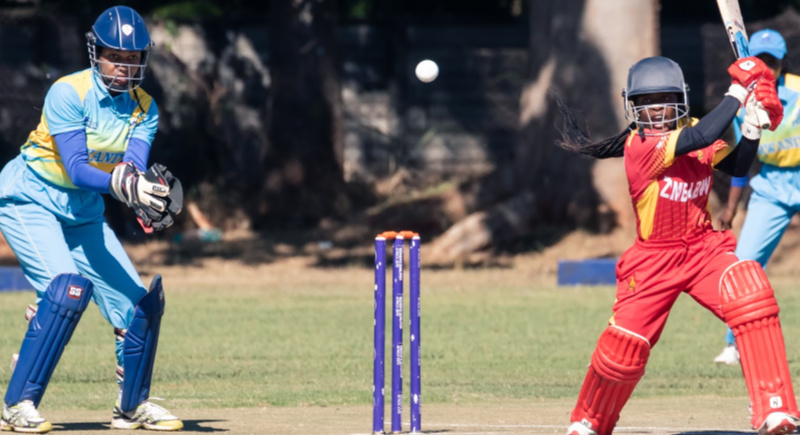 THE Zimbabwe women’s cricket team, sealed their place in the final of the International Cricket Council (ICC) Women’s Africa Qualifier 2019, after maintaining their perfect campaign with a comfortable 82-run victory over Rwanda at Old Hararians Sports Club on Thursday.

After completely dominating their opening two matches against Mozambique and Tanzania, the Lady Chevrons were eager to continue their dominance in their penultimate group match ahead of Sunday’s all important final.

The Adam Chifo-coached did just that on Thursday, with Modester Mupachikwa top scoring with a superb innings of 62 as Zimbabwe set a match-winning total of 145 for the loss of two wickets after winning the toss and electing to bat first.

Mupachikwa, who hit six fours during her entertaining innings was ably supported by the tournament’s leading run scorer Sharne Mayers, who smashed 40 runs from 36 balls while Chipo Mugeri chipped in with an unbeaten 31 runs from 22 balls.

In the end Zimbabwe’s total proved too steep for Rwanda as they struggled to 63 for eight wickets in their allotted 20 overs as the hosts cruised to a dominant 82-run victory.

The deserved win ensured Zimbabwe, who lead Group A on six points ahead of Tanzania (4), Rwanda (4), Nigeria (2) and Mozambique (0) booked their place in the final of the qualifying tournament where they meet Namibia at Harare Sports Club on Sunday.

Namibia, who caused a big upset after defeating defending, champions Uganda on Tuesday lead Group B on six points, two ahead of the Lady Cranes while Kenya (2) and Sierra Leone complete the standings.

Zimbabwe will have an opportunity to prepare for the final during their dead rubber final group stage match against Nigeria at Old Hararians Sports Club.