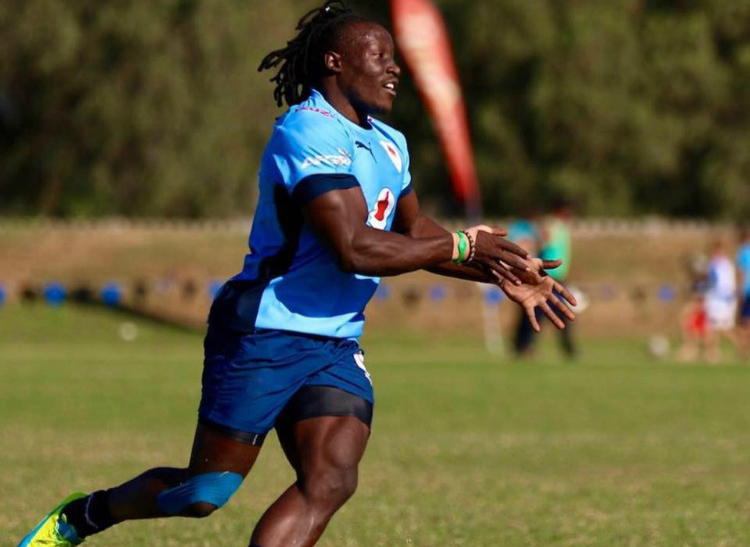 ZIMBABWE has recalled South Africa-based star Tapiwa Tsomondo ahead of their participation at the Cape Town leg of the HSBC World Rugby Sevens Series which gets underway at the Cape Town Stadium on Saturday.

The 25-year-old flank, who plays for South African Currie Cup side Boland Cavaliers is the only new face in the 13-man squad which played at the Dubai Sevens after replacing France-based Shayne Makombe.

Tsomondo, a former Zimbabwe Under-19 captain, is expected to bring a fresh dimension to the side due to a recent run of good form which saw him being named the Boland Cavaliers’ Player of the Year at the side’s end of year awards ceremony held last month.

The dreadlocked player, who plays prop in the shorter version of the game, last featured for Zimbabwe at last year’s Africa Cup tournament in Uganda.

The Cheetahs will face neighbours South Africa, Samoa and New Zealand on the opening day of the Cape Town Sevens on Saturday, hoping for better results after failing to secure a win during Dubai Sevens despite winning a lot of admirers with their fighting performances.

In their pool matches, they were pummelled by South Africa 31-0, before losing narrowly to Argentina 22-19 and Samoa 17-15.

Zimbabwe lost to Canada 35-8 in the Challenge Trophy quarterfinal and ended their campaign with a 14-10 defeat to former champions Wales in the 13th place semi-final playoff to finish last at the event, alongside their continental rivals Kenya who lost the other semi-final to Japan.

Coach Gilbert Nyamutsamba will be looking for an improved show by his players in terms of results but is well aware that is not going to be easy with the kind of opponents they are facing in Cape Town.

The Pools for the Cape Town Sevens are: