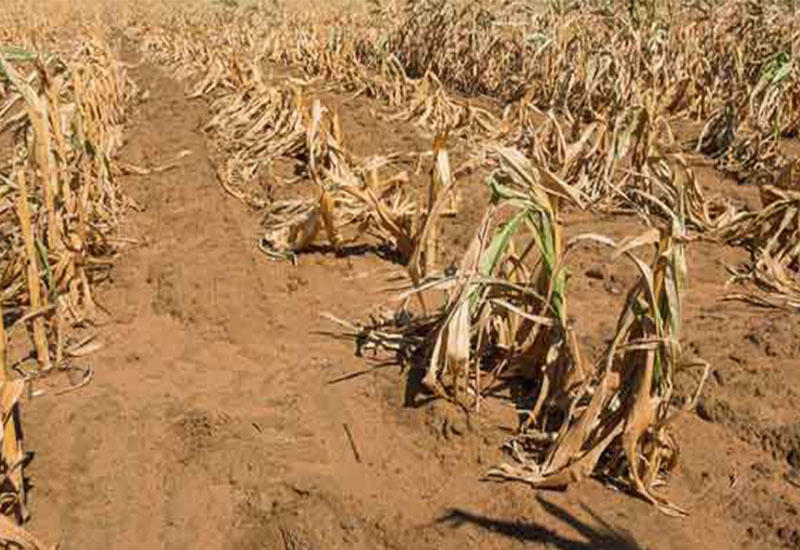 “The Sadc February Agromet update preliminary analysis suggests that the rainfall totals from October – January may have been amongst the lowest in 40 years over central and western parts of Zimbabwe,” FEWS NET said.

The worst hit provinces according to the report are drought prone Matabeleland North and South, Masvingo, Midlands and parts of Manicaland.

“In these areas, some farmers did not plant this season, others planted for the first time in February, while some replanted following the February rainfall,” the group said.

According to the famine watchdog, the only areas in Zimbabwe to receive normal rains included parts of Mashonaland provinces and northern Midlands.

“The only areas to receive normal rainfall this season include parts of the Mashonaland Provinces, northern Midlands Province and extreme southern areas,” FEWS NET added.

It predicted prices of grain and the staple food maize meal will increase due to this year’s poor harvests.

“In typical deficit southern, eastern, western and extreme northern areas, most poor households will produce enough crops for two – three months of food supplies.  The prices of grain and maize meal are expected to remain above average during this period, decreasing poor household purchasing power.

“Seasonal activities like gardening will be affected by anticipated water shortages. Most households are expected to engage in livelihoods and consumption coping strategies in response to food gaps experienced,” said FEWS NET.

It noted that besides the poor rains, economic hardships in Zimbabwe are expected to continue.

“Economic hardships are impacting livelihoods and the food security situation for poor and other household groups across the country. Foreign currency shortages, the parallel market, multiple-pricing systems and high and speculative pricing will likely continue during the outlook period,” the group said.

According to the United Nations, a total of 5.3 million Zimbabweans will need food aid and it has started efforts to raise funds to bridge the deficit to avert a massive humanitarian crisis in Zimbabwe.

Zimbabwe has for almost two decades now been struggling with hunger but last year government announced a surplus under a military assisted program known as Command Agriculture. The country’s agricultural sector was wrecked by government’s haphazard land redistribution exercise at the turn of the century resulting in widespread food shortages.