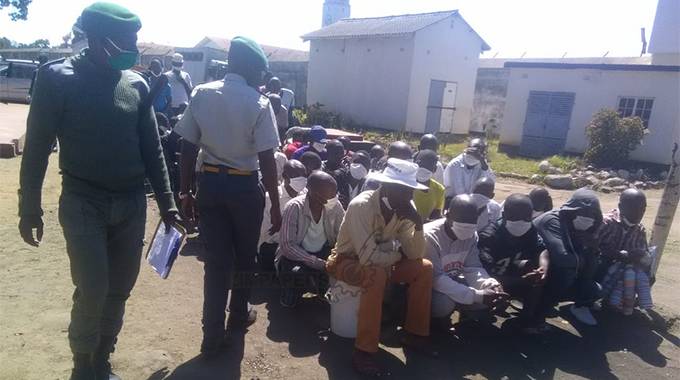 Some of the released prisoners
Spread This News

HARARE – Zimbabwe is releasing hundreds more prisoners to decongest the country’s crowded jails which are seen as potential hotspots for coronavirus infections.

This is the second amnesty in a month and takes the total number of prisoners released to 4,208.
Few doubt that an outbreak of COVID-19 in the country’s crowded jails would be disastrous.

Tuesday’s amnesty and last month’s one take Zimbabwe’s prison population down from 22,000 to nearly 17,000.

State media said that while most of those pardoned today were non-violent offenders, six had been serving life sentences.

The difficulty now will be getting the more than 2,500 prisoners who’ve been released today, back to their homes.

The country is in a lockdown and inter-city travel remains banned for individuals.