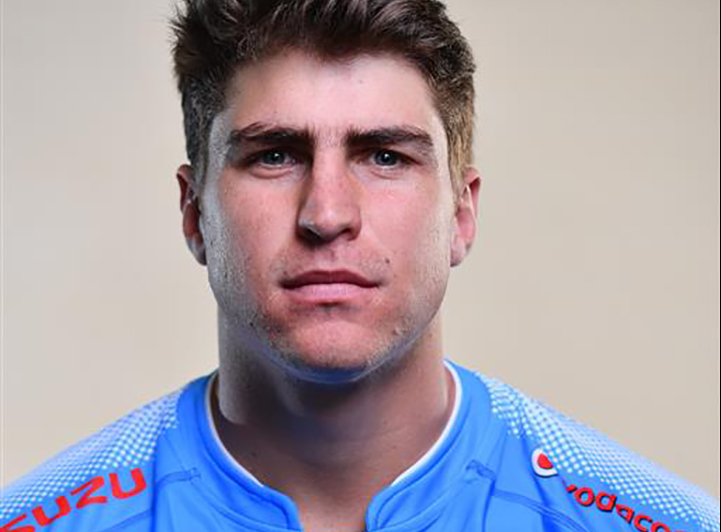 FORMER Zimbabwe Under-18 rugby team star Eli Snyman is set to feature in the Guinness Pro14 and the European Rugby Challenge Cup next season after joining Italian side Benetton Rugby from South African side Blue Bulls.

The 22-year-old towering lock, who attended St John’s College in Harare, has been on a steady rise in South Africa where he came through the ranks at the Bulls to establish himself as one of the Pretoria franchise’s rising stars.

Benetton Rugby, who are also home to Zimbabwe-born Italian international Sebastian Negri, said Snyman would be a valuable addition to their squad ahead of a busy season.

“We are delighted to have secured a young prospect with considerable technical and physical qualities, Snyman will come in July after finishing the season with the Bulls,” Benetton sporting director Antonio Pavanello said.

“Furthermore, next season will be more challenging than ever, considered the commitments of Six Nations and World Cup which surely our leaders will take part in the lineout.

“This is also why we need a player like Eli who can take charge of important management of the lineout.

“Snyman has also already played with Herbst and Negri: all of this can only facilitate its integration within the group.”

Snyman was vice-captain of the Zimbabwe Under-18 squad which took part at the 2014 edition of the annual Coca-Cola Craven Week tournament held in Middelburg, South Africa.

His performances during the weeklong annual event attracted the attention of the Bulls franchise, who awarded him a scholarship to study and play rugby at the University of Pretoria.

Snyman was named vice-captain of the Pretoria-based franchise’s Under-19 side in his debut season before being named the 2015 Blue Bulls Under-19 Forward of the Year at the club’s end of year awards at Loftus in Pretoria.

The talented player turned down a call-up to the Zimbabwe Under-20 side before being selected for South Africa’s Under-20 squad for the 2016 World Rugby Under-20 Championship held in Manchester, England.