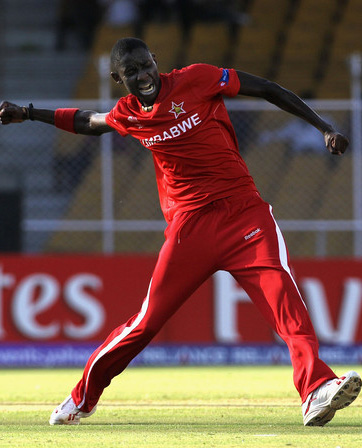 DESPITE a grave warning from a major players’ group, Zimbabwe was “very excited” about touring Pakistan this month, Zimbabwe Cricket managing director Alistair Campbell said on Wednesday.
Campbell spoke while leading a four-member delegation from Zimbabwe to evaluate security arrangements for the two Twenty20s and three one-day internationals this month, all in Lahore.
They were accompanied by independent security experts from the International Cricket Council.
Lahore was the same city in which gunmen attacked a convoy carrying the Sri Lanka team and test match officials in 2009, and killed security personnel and civilians.
Since then, Pakistan has played all of its home games mainly in the United Arab Emirates. Zimbabwe agreed last week to become the first test-playing nation to tour Pakistan since the attack, and Pakistan will reciprocate in August.
A day after the Federation of International Cricketers’ Association said the risk of touring Pakistan was “unmanageable” and “remains unacceptable,” Campbell said he was satisfied with the security arrangements.
“They’ve left no stone unturned to make sure that we will be safe,” he said. “We look forward to coming here.
“We’ve just (a) few more things to do this afternoon, and we look forward to be back in (a) couple of weeks’ time to get down to real business, which is playing cricket.
“You have to start somewhere, (and) we are very excited to be here. Our team is excited to arrive here, and play in Pakistan, and get more cricket under their belt, get more experience under their belt.”