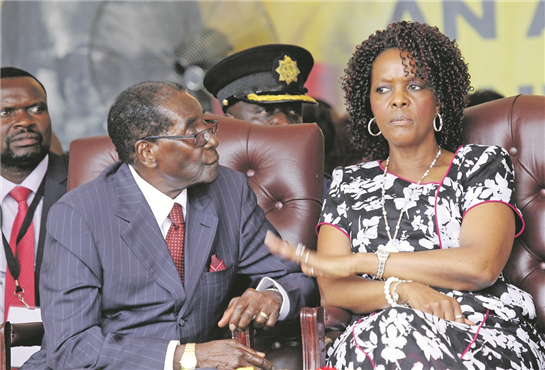 PERHAPS we must do that; abandon the “Him” and deal with the “It”. We must leave the man and engage with the phenomenon. There are many profits in the present for reading and understanding Robert Mugabe as a political and historical phenomenon, away from a preoccupation with the Old Man.
A phenomenological reading of Mugabe may help us to peel away the sticky layers of the Zimbabwean historical and political onion, to unravel the meaning behind the multiplicity of myths, to explore the truths that lie below the fiction so that we may arrive at the Robert Mugabe behind the scattered shadows that we have been chasing all these decades.
Helpfully, as Robert Mugabe the physical man naturally retreats, the political phenomenon is stepping up its activity and force, the few coming weeks will, as a result, witness public performances of the Robert Mugabe, the photocopy without an original, that item which in its pretences, its fictions and fakeness is more authentic and cannot be repeated except by itself.
Zimbabwe is presently going through the historical season and political moment of the MOU, where between and amongst each other opposition political parties and their leaders have finally seen the foundational political wisdom of agreeing on common understanding, coalitions and solidarities which are basic political mathematics that have sadly taken our wise leaders decades to discover and understand.
Exactly how hard is it to get it that one plus one equals two, and two is more and bigger than one; in number, meaning, purpose and power? Alone, in its significance the gesture of political and electoral solidarity between and amongst opposition political parties, their unity, has scared the Mugabeness out of Robert Mugabe, for that reason activity, agitation, stratagems, plots and ploys are assured in this season of the MOU in Zimbabwe.
This is to be a season where political virginity is a great liability, where innocence can be perilous to person and to party alike. By the end of political innocence, I gesture that politicians in the political opposition and the ruling party itself must think and act in ways that Robert Kaplan described as “thinking tragically” and “thinking with a pagan ethos,” that is thinking in terms of the worst that may or that must happen. Bad news might not be the best news but in politics and in history it is the important news, for is history itself, after all, not a string of very bad news that are here and there punctuated with some slender break of temporary good news?Advertisement