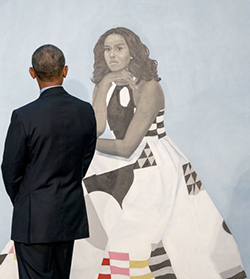 Big picture
AFGHANISTAN will be riding high on their recent international form. After clinching a historic ODI series against Zimbabwe and whitewashing them in the T20s too, Afghanistan recently beat Hong Kong in the lone T20I and won two more T20Is against Oman. They will be eager to finish what has been a historic year for them by continuing the run in the forthcoming series against Zimbabwe.
This time, Afghanistan have a further advantage by playing away from Zimbabwe’s home grounds. Sharjah will host all five ODIs spilling into 2016 and even though it’s not Afghanistan’s home ground either, there is likely to be more support for them than for the African side.
In October, Afghanistan’s charge was led by top-order batsmen Mohammad Nabi and Noor Ali Zadran, pace spearhead Dawlat Zadran and left-arm spinner Amir Hamza. This time, they have named a 21-man squad and have also roped in Manoj Prabhakar as bowling coach until the World T20 next year, with Inzamam-ul-Haq already in the support staff.
The biggest concern for Zimbabwe will be their batting as they were whitewashed in Bangladesh in November and will be worried further without the injured Sean Williams, who was their only batsmen to collect more than 150 runs against Afghanistan at home. More responsibility will thus fall on the experienced Sikandar Raza, Elton Chigumbura and Craig Ervine, with major hopes also pinned on the return of Hamilton Masakadza. While Tinashe Panyangara had a better outing in Bangladesh, the rest of the pacers will need to step up as their spinners did most of the work against Afghanistan.
Zimbabwe will be eager to show why they are ranked above Afghanistan. But if Afghanistan win the series, they will not only overtake Zimbabwe, but jump ahead of even Ireland in the table.
Form guide
(Last five completed matches, most recent first)
Afghanistan WWLWL
Zimbabwe LLLLL
In the spotlight
A bowler who can clock 145kmh irrespective of the conditions, Dawlat Zadran has been Afghanistan’s pace spearhead during the last few years. Zimbabwe will be wary of his wicket-taking ability since the pacer has 14 wickets against them from nine matches at an average of 23 and economy rate of under five runs per over. Zimbabwe also won’t forget how Zadran clobbered four sixes in seven deliveries to help Afghanistan to a last-over win against them in 2014.Advertisement

Hamilton Masakadza had been dropped because of poor form in October for the series against Ireland, Afghanistan and Bangladesh. He has now earned his place back in the squad on the back of fifties for Zimbabwe A last month and another three half-centuries for Mountaineers in his last four matches. With Williams ruled out and Zimbabwe desperate to revive their ODI form, Masakadza’s presence both on and off the field will be a huge boost for the side.
Team news
Without Sean Williams but with Hamilton Masakadza, Zimbabwe will look for the right balance after losing six of their last eight ODIs. They have also left out Regis Chakabva which means Richmond Mutumbami will keep wickets and Masakadza will be back as Chamu Chibhabha’s opening partner. With three spinners in the squad, at least one out of Graeme Cremer, Tendai Chisoro and Wellington Masakadza will have to sit out.
Zimbabwe (probable): 1 Chamu Chibhabha, 2 Hamilton Masakadza, 3 Craig Ervine, 4 Elton Chigumbura (capt), 5 Sikandar Raza, 6 Malcolm Waller, 7 Richmond Mutumbami (wk), 8 Luke Jongwe, 9 & 10 Graeme Cremer/Tendai Chisoro/Wellington Masakadza, 10 Tinashe Panyangara, 11 Taurai Muzarabani/Neville Madziva
Afghanistan may not feel a pressing need to change the combination that beat Zimbabwe in October. Their squad includes 18-year-old uncapped medium-pacer Nawaz Khan but it is the pacers Sayed Shirzad and Yamin Ahmadzai who might make a case for ODI debuts with their recent form in the T20s.
Afghanistan (probable): 1 Noor Ali Zadran, 2 Mohammad Shahzad (wk), 3 Mohammad Nabi, 4 Asghar Stanikzai (capt), 5 Samiullah Shenwari, 6 Nawroz Mangal/Najibullah Zadran, 7 Shafiqullah, 8 Rashid Khan, 9 Mirwais Ashraf, 10 Dawlat Zadran, 11 Amir Hamza.
Stats and trivia

In Zimbabwe’s last eight ODIs – against Afghanistan and Bangladesh – they crossed the score of 200 only thrice
Afghanistan have won four of the last six ODIs between the two teams
Zimbabwe have won only six of the 17 ODIs they have played in Sharjah. Their last win came in 2003 and they have not played in Sharjah since then

Quotes
“He (Masakadza) did well for Zimbabwe A against both Bangladesh and Ireland and he has also been consistent for Mountaineers. Based on those performances, he has certainly earned his place back into the side and will be a valuable addition for the team not only for the upcoming tour, but going forward.” – Zimbabwe head coach Dav Whatmore