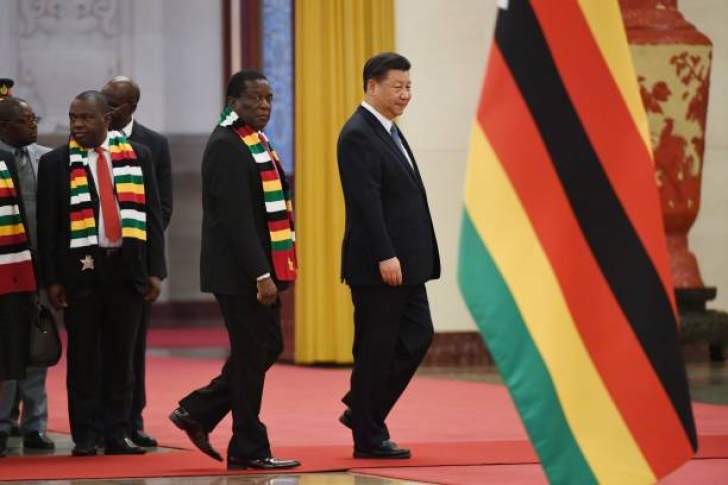 The Zimbabwean leader made the remarks was made during a two-day tour to the province, marking his first visit to Anhui as  president since taking office last November.

Mnangagwa expressed his gratitude to Anhui for its warm reception and congratulated the province on its great economic and social achievements.

The president is optimistic about the prospect for cooperation between the two sides, saying there will be more investment opportunities as China and Zimbabwe has forged a comprehensive strategic partnership.

Well located, rich in natural resources and blessed with favorable weather conditions, Zimbabwe has enormous potential for growth in areas such as infrastructure, mining, agriculture and tourism.

Investors from Anhui province have made positive contributions to Zimbabwe’s economic and social development, Mnangagwa said, adding that they are seen as envoys of China and Zimbabwe and as witnesses to their friendship.

Since last November, the Zimbabwean government has unveiled a package of measures to improve business environment and facilitate investment, according to the president.

During his visit, Mnangagwa welcomed more Anhui-based investors to Zimbabwe as part of efforts to push bilateral cooperation.

Huang Ping, Chinese Ambassador to Zimbabwe, and Zhou Xi’an, vice governor of Anhui province, accompanied the Zimbabwean delegation during the tour from April 4 to 5.