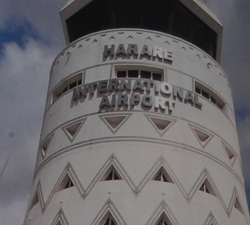 THE number of Chinese visitors to Zimbabwe saw a 62 percent growth to 1,952 in the first quarter of this year, compared to 1,202 during the same period in 2014, says a latest report issued by government tourism agency.
The increase comes at a time when the government has expressed concern at the low tourist arrivals from China, and has expressed keen interest to relax visa rules to boost Chinese arrivals, according to the Zimbabwe Tourism Authority (ZTA).
The Chinese are currently required to obtain visas to visit Zimbabwe in China and the government says it wants the rule relaxed so that they get the visas upon arrival in Zimbabwe.
Last November, both China and Zimbabwe scraped visa requirements for holders of diplomatic and service passports to boost exchange. Many people consider the step as “testing the water” for granting greater visa relaxation for travellers between the two countries.
In 2014, Chinese arrivals to Zimbabwe totalled 12,927 and was the second largest contributor of arrivals from Asia after Japan, which led with 18,443 visitors.
Asian tourist arrivals to Zimbabwe has been falling since last year due to the concerns over the spread of Ebola, even though the virus did not spread to this part of Africa.
The decline continued in the first quarter of 2015, mostly notable in India, Japan, Singapore and South Korea, as the number of Asian tourists shrank 19 percent.
But the ZTA says unlike the position in 2014 when all Asian markets fell, in the first quarter of 2015 China, Malaysia and Pakistan have bucked the decline.
Overall, tourist arrivals in the first quarter of 2015 marginally fell to 387,557 from 388,732 in the same period of 2014, the ZTA says.
Zimbabwe boasts of a range of rich tourism products including the mighty Victoria Falls, but due to dilapidated infrastructure, poor air connectivity, and little marketing, the tourism sector has not benefited from the rich resources.
Government officials blame negative publicity for suppressing growth in a sector where they have set a target to increase the revenue by four-fold to 5 billion U.S. dollars in the coming five years.
The government has also taken bold moves to improve the transport system, especially by expanding the Victoria Falls Airport. A 202-million-U.S.-dollar project will be completed by the end of this year.Advertisement