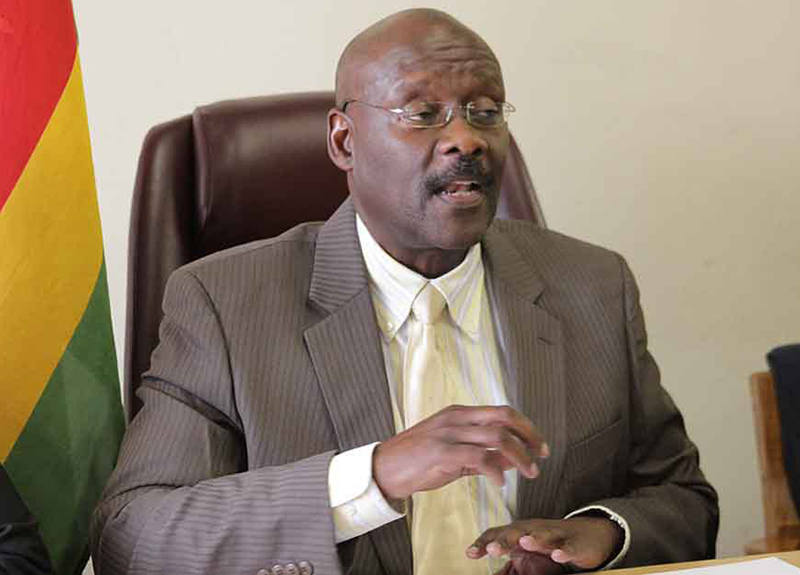 The senators from the Parliamentary Thematic Committee on Peace and Security visited RNP to learn about Rwanda’s internal security management through community policing and contribution to peacekeeping missions.

Zimbabwean ambassador to Rwanda, Charity Manyeruke also attended the meeting together with the Deputy IGP in charge of Administration and Personnel, Jeanne Chantal Ujeneza.

IGP Munyuza briefed the visitors on RNP history since it was formed 21 years ago and reiterated the force’s commitment to sharing knowledge on Rwanda’s journey to sustainable peace and security.

“RNP started with a force of 3,000 personnel and gradually built its capacity and capability and the strength has since grown to more than five-folds. Over the years, RNP in partnership with other government agencies has been at the forefront in ensuring that people in Rwanda are safe, secure and involved. RNP has put in place an ‘all-inclusive’ approach to people’s safety through community-centered policing,” IGP Munyuza said.

He added: “The strategic guidance from President of the Republic, H.E Paul Kagame, to RNP has been that, for a country to develop and progress, her citizens must be involved in policy formulation and implementation at all levels. This is why we have always partnered with the population in the fight against crime and keeping Rwanda safe and secure.”

IGP Munyuza noted that RNP has been at the forefront of not only ensuring security at home, but also abroad in peacekeeping missions.

“In an effort to combat emerging, organized and transnational crimes, RNP continues to establish cooperation with other Police institutions in the region and beyond. So far, we have signed over 15 Memorandum of Understandings with various Police institutions. RNP looks forward to further cooperation agreements with other Police forces including Zimbabwe Police to join efforts in fighting contemporary security challenges,” IGP Munyuza said.

Senator, Dr. Parirenyatwa David, the head of the delegation, said Rwanda is an example to what dynamic state can become.

“We recognized that Rwanda has gone through a very tough period which was a very painful experience, and we have come to learn how the country overcame that situation, and its peacekeeping experience,” said Dr. Parirenyatwa.

“No country can advance without peace and security and to me, I have the feeling that Rwanda is a huge example to what a dynamic state can become,” he added.