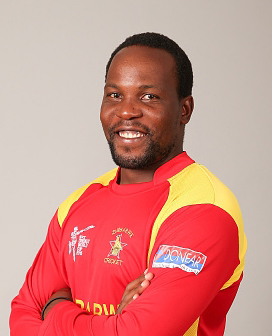 ZIMBABWE face Afghanistan on Saturday in their third and final qualifier for the 2016 ICC World Twenty20 tournament in India.
The match at the Vidarbha Cricket Association Stadium in Jamtha, Nagpur, is important for both sides.
Going into it, Afghanistan have won their two qualifiers against Scotland and Hong Kong.
Zimbabwe have also won their two qualifiers – by 14 runs versus Hong Kong in the first one on Tuesday and by 11 runs in the second one which was against Scotland on Thursday.
Whichever side wins Saturday will proceed as Group B winners to Group 1 of the Super 10 stage of the tournament, where they will join England, South Africa, defending champions Sri Lanka and the West Indies.
“Preparations have gone well and the boys have shown a lot of character and fight in winning the other two games so we are looking forward to having more of the same in the last one,” said Zimbabwe captain Hamilton Masakadza, after the final practice session at the match venue today.
Masakadza said they have put behind them the unfortunate incidents that have dogged the side since the camp in the United Arab Emirates where three players dropped out of Zimbabwe’s final 15 for the ICC World Twenty20 tournament due to injury.
Spinner and vice captain Graeme Cremer, all-rounder Luke Jongwe and seamer Neville Madziva all returned home on the eve of the squad’s departure for India.
The one replacement who has made it into the eleven so far, seamer Donald Tiripano, has filled the shoes left behind, and taken two wickets in the first match and two in the second, in addition to some disciplined bowling in the death overs.
The second incident saw Tendai Chatara operated on for a boil on Wednesday. Kudos to him, he played through the post-surgical pain against Scotland, finishing with two wickets for 24 runs in three overs, although he was on the expensive side in his second spell.
Chatara is expected to play Saturday and help to provide the aggression needed to quell the Afghanistan firepower provided at the top by Mohammad Shahzad, Noor Ali Zadran and former captain Mohammad Nabi and in the middle by his successor Asghar Stanikzai and Gulbadin Naib.
The third incident was during the Scotland qualifier when Masakadza and fellow opener Vusumuzi Sibanda collided while trying to snatch a single in the fourth over, and the latter had to have four stitches for an injury caused by the impact of Masakadza’s helmet on his chin.Advertisement

The good news for Zimbabwe is that Sibanda, who was replaced by substitute fielder Chamunorwa Chibhabha against Scotland, is available for selection for tomorrow.
“The boys are really looking forward to this game and they are raring to go,” said Masakadza.