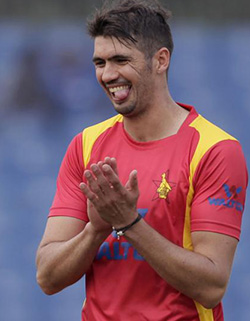 And that’s not all: the Kiwis have pace reserves in Doug Bracewell and Matt Henry.
SA aren’t short of firepower themselves‚ what with Dale Steyn fit and firing again and Kagiso Rabada standing tall on the crest of a wave of success.
But wait‚ there’s more in the shape of Vernon Philander‚ Kyle Abbott‚ Chris Morris and Wayne Parnell.
Even Mike Hesson‚ New Zealand’s coach‚ admitted envy.
“When you look at SA’s pace bowling depth‚ every country around the world would like something like that‚” he said.
“We certainly would and it’s an area of strength for us.”
New Zealand haven’t won any of their seven test series in SA‚ and have celebrated victory in only three of their 23 matches while losing 16.
But‚ with a bowlers’ duel in the offing this time‚ that could change – fast.