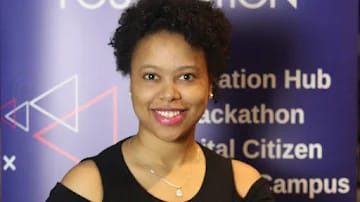 The Empire Partner Foundation and the Africa Incubator Community (AIC)-headquartered in Johannesburg- hosted the Africa Public Administration Virtual Hackathon that saw young digital innovators from across Africa contest to develop tech solutions for the challenge.

Mighty Pythons, made up of participants from South Africa and Zimbabwe,  emerged overall winners for their solution, Engage, an open communication platform that connects the public with municipalities and local departments.

“My team and I are really appreciative to everyone who contributed to the success of this competition. We hope that our achievement will motivate and encourage more young people to take action. We, as the youth, have the ability and potential to develop and create solutions to today’s most pressing challenges.”

For the Hackathon challenge, the digital innovators were tasked to find how technology can be used to ensure efficient government administration and ease of access for the citizens.

The Empire Partner Foundation says ICT plays an important role in every sphere of government, whether in policy making or implementation, to provide citizens with services instantly.

For their efforts, Mighty Pythons will now join the Empire Partner Foundation Incubation Hub, where they will receive support to become technopreneurs in bringing their solution to life.

TechSquad and Killer Crocs came second and third respectively, collecting ZAR8,000 and ZAR5 000 in the process.

Jasmine Mokwena, Empire Partner Foundation’s Hackathon and Marketing coordinator, said it was a privilege to witness the youth being part of the solution to most pressing socio-economic challenges.

“Africa has a wealth of young talent. Let us continue to support them with the platforms to showcase their talents. Mighty Pythons are a strong and bright team of young men. Let us support their tech solution to improve the living conditions of our communities within the sphere of transparent and effective public administration,” she said.

Pius Illah, founder of Africa Inculator Community, said, “Technology brings that ability for leapfrogging to happen quickly. It brings that ability for transparency and visibility and traceability in terms of how public resources are allocated. It also brings a different kind of enabler for a critical mass of people who were previously disenfranchised; people in the bottom of the pyramid of the economy, to be able to contribute to the mainstream economy.”