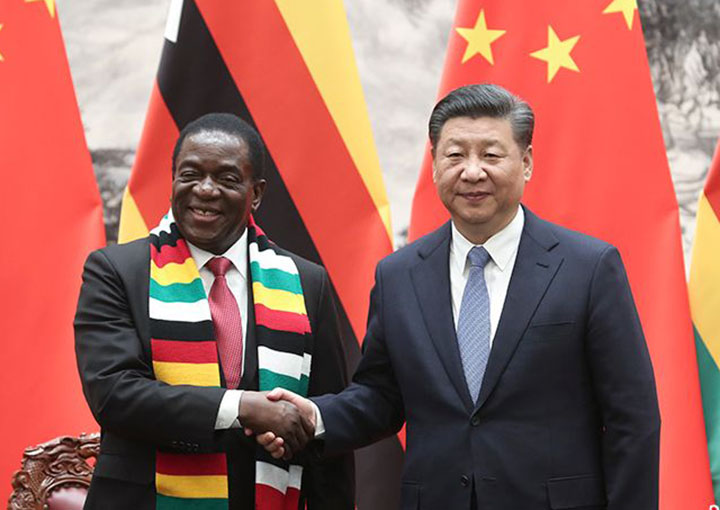 Zimbabwe’s President Emmerson Mnangagwa on Friday laid the foundation stone for huge new parliament to be built with Chinese funds outside the capital Harare.

The imposing circular complex will be built over 32 months by the Shanghai Construction group at Mount Hampden, 18 kilometres (11 miles) north-west of Harare, the Zimbabwe Broadcasting Corporation reported.

Officials say the current colonial-era parliamentary building in the city centre is too small to accommodate lawmakers.

Mnangagwa said at the ceremony that China had provided a “grant, not a loan, to build a new parliament”, without giving a figure.

“Other facilities like banks, hotels will be built around this place,” Mnangagwa said adding that a “modern, smart city” was planned.

Mnangagwa took over from long-time ruler Robert Mugabe who was ousted by the military in November 2017.

He has vowed to revive Zimbabwe’s economy that has been in ruins for nearly two decades.

China has funded and provided loans for many infrastructure projects across Africa in recent years, ranging from roads and power plants to sports stadiums and government institutions.